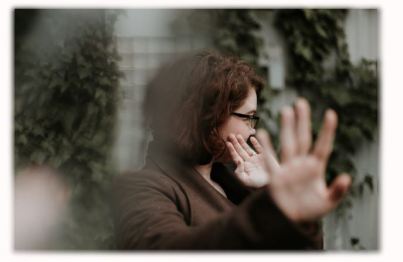 It has to make you wonder who the Big Tech Companies are taking their cues from, when they ban, block and boot professionals for publicly announcing a valid opposing viewpoint to the prevailing theory about how to treat COVID-19.

This makes the overt silencing of Doctors providing a second opinion on how to treat COVID-19 extreme, immoral and medically irresponsible.

The aggressive, coordinated “no” to any second opinion on the treatment of the novel coronavirus with hydroxychloroquine raises some big red flags.

This was no better expressed than in the mass silencing of a group of Doctors who’d formed a united front in an attempt to dispel fears, and communicate their experience treating COVID-19 patients with the politically controversial malaria drug hydroxychloroquine.

Their video was banned-by-big-tech almost as soon as it was uploaded to social media platforms on Tuesday.

Dr. Simone Gold, one of the group’s lead speakers broke down their shut-down on a recent Twitter thread,

‘We organized a group of practicing physicians, many of whom have personally treated COVID-19 patients, and we spoke directly to the American people about our experience and understanding of the virus and it’s treatment options…

As a result: Facebook removed the livestream of our conference that had 15 million+ views. Twitter forced us to delete video testimonials from our physicians. Our web host removed our website and claimed a “violation of their TOS”. The media smeared us with lies & falsehoods.’

Why are social media company employees with no medical degree or clinical experience censoring the perspectives of practicing physicians? Why are journalists claiming hydroxychloroquine is ineffective when there are numerous studies showcasing its efficacy against COVID-19?’

In May, The Brisbane Times reported that Queensland’s Labor government have threatened to fine ‘doctors $13,000 if they prescribe hydroxychloroquine, effectively banning clinicians from prescribing the malaria drug to treat COVID-19.’

The Public Health Order was approved by Qld’s Chief Medical Officer, Jeannette Young, and was ‘designed to stop pharmacies and GP clinics from stockpiling the medication.’

The same article acknowledged that while there is “no solid evidence” there is research that indicates hydroxychloroquine is affective against COVID-19. Citing infectious diseases expert Professor David Paterson, the Brisbane Times said that ‘the drugs proved highly effective when first used against the virus in test tubes.’

This is despite the U.S Library of Medicine stating that ‘Chloroquine is a potent inhibitor of SARS coronavirus infection and spread’; and a ‘professor of epidemiology at Yale, stating categorically that hydroxychloroquine has shown to be highly effective, especially when given in combination with the antibiotics azithromycin or doxycycline and the nutritional supplement zinc.’

The short answer is political capital.

Why? To deny Donald Trump a political victory. He advocated the use of hydroxychloroquine, and if found to be the key weapon in fighting back against the virus, it’s highly likely Trump would be re-elected in an absolute landslide win.

As YouTube contributor, Anthony Logan said, ‘The Ivory Tower elite and mega corporations look like they are joining forces to benefit themselves either financially or politically…it’s clear that the media and the left have an agenda. And it’s a crying shame because people are dying as a result.’

‘Cancel culture is more dangerous than COVID. If these doctors are so wrong, prove it with facts instead of censorship. The term “experts” seem to be applied politically instead medically. Who decides which expert we should listen to? I certainly don’t trust mainstream media!’

Of importance, Dr. Gold and her colleagues never mentioned Donald Trump, or his advocacy of hydroxychloroquine. Yet, take a stroll down many a comment section on people harassing these Doctors, and an anti-Trump theme emerges.

One of Gold’s colleagues was smeared by click bait, tabloid news outlet Dailymail.co.UK who headlined an article on Dr. Stella Immanuel with: ‘homophobic preacher who wrongly says hydroxychloroquine can cure COVID-19.’

When you have people on the Left, including some leading Democrats on record saying Trump “is a threat to national security,” and that he must be beaten at all costs, you’re not dealing with a conspiracy theory, your dealing with a very real, belligerent group of people who’ll do anything to get what they want.

From recent speculation about Trump having to be removed from the Whitehouse by the military if he lost the upcoming election, to Joe Biden welcoming the idea of a violent encounter with Trump, stating in 2018, that if ‘they asked me would I like to debate this gentleman, and I said no. I said, ‘If we were in high school, I’d take him behind the gym and beat the Hell out of him.”

This rising tide carries with it an odious cloud of wishful thinking.

To restate Tucker Colson, COVID-19 is the Leftists best chance of taking back – as opposed to wining back by policy and merit – the throne the current line-up of Democrats think they’re entitled too.

‘Intellectual freedom and free speech are not antiquated notions. They are ancient and important rights, and “public institutions” that dispense with them are not [for the] public at all.’ (The Australian, 29th July 2020. Parentheses mine.)

Anyone slamming these Doctors for being Trump supporters or media hounds are projecting either their own professional jealousy, or acting dishonestly as part of an organized, well-funded political campaign to keep the actual Covid-19 crisis from being solved until after the November elections in the United States.

As I’ve said for a few months now, there are two side to coronavirus crisis, there’s the actual crisis, and the crisis being manufactured by bureaucrats for the cameras.

If November produces a Democrat president, don’t be surprised if COVID-19, the Marxist Black Lives Matter political party rallies, and Antifa thugs showboating for the media as they tear up Democrat run cites, completely disappear from view.