“I’m half white. Meaning half of me is responsible for the oppression of the other half. I finally grew the bollocks to confront myself. I demanded an apology from my oppressive half. He refused. Selfish prick.”

Jonathon Haidt explains in ‘The Coddling of the American Mind‘, that the concept of intersectionality follows directly on the heals of Herbert Marcuse’s 1965 essay, ‘Repressive Tolerance’.  Marcuse, ‘the father of the New Left’, was the main influence behind the traditional Left moving from standing up for worker’s rights to promoting social justice movements.

In applying the Marxist dichotomy of oppressed vs. oppressor to the ‘Left-Right dimension’, Marcuse painted the Right ‘as the party of “hate”, the Left as the party of “humanity.” His hard line polarising set one group against the other, without regard for common ground. The Right were a sinful party of hate vs. the Left a sinless party of humanity; the Right warlike, the Left peace loving.

‘Even though the Democrats controlled Washington at that time, Marcuse associated the right with the business community, the military, and other vested interests that he saw as wielding power, hoarding wealth, and working to block social change.The left referred to students, intellectuals, and minorities of all kinds. For Marcuse, there was no moral equivalence between the two sides.’ (Haidt, p.69)

The ‘end goal of Marcuse’s revolution is not equality but a reversal of power.’ From the platform of identity politics and critical theory, intersectonality entrenches the sinless side against the sinful other. According to Haidt this is exhibited by the ‘untruth of us vs. them’, and it’s powered by “…identity politics, which amplifies the human proclivity for us-versus-them thinking.’

Consequently, on many University campuses the Marcusian doctrine has ‘prepared students [and their teachers] for battle, not for learning.’ Through Marcusian’s vicious dichotomy the sinless party of humanity self-righteously justifies violence against the sinful party of hate, drawing the West into an inevitable civil war, potentially even a global one. It’s apt that Haidt references back to witch hunts, and the bloody suppression of those deemed unworthy of life during the Communist Cultural Revolution in China during the late 1960s to mid-1970s.

Hadit tracks the birth of intersectionality back to  Kimberlé Williams Crenshaw, a one time law professor at UCLA, now professor at Columbia. Her 1989 essay on the subject is considered by Haidt to be ‘important insight’ into why ‘you can’t just look at a few big “main effects” of discrimination; you have to look at interactions, or “intersections.” Citing Patricia Hill Collins and Sirma Bilge, he defines intersectionality ‘as an analytic tool that examines the impact of power relations’ between people, groups, cultures, sub-cultures and institutions.

He agrees with the premise of interesectionality because power has a tendency to be abused and ‘cruelly used’. Thus creating ‘disadvantage in ways that are often blind to others.’ The problem is that ‘certain interpreations’ of intersectionality corrupt it through misapplication, and weaponization. As a result, ‘interpretations of intersectionality teach people to see bipolar dimensions of privilege and oppression’ everywhere.

This magnifies a ‘proton pseudos‘; imagining oppression where none exists. Then exaggerating, or ignoring oppression where it does exist. For instance, black on black crime in the United States is overlooked for the racist cops vs. the black community narrative.

The flaw in Haidt’s affection, as he inadvertently admits, is that the road to hell is paved with good intentions. Intersectionality is an unstable, volatile concept. It’s function may intend to protect and serve the vulnerable against abuses of power, but misused (as we’re seeing examples of exploding to life everywhere), intersectonality is the source of confusion, dysfunction and violence.

Intersectionality is simply a bad idea. It’s primary use is as a weapon, not a shield. By way of instilling in people self-hatred, through guilt, shame, blame and condemnation, intersectionality is the Marcusian weapon of choice in it’s destructive quest for a ‘reversal of power’.

Through Marcuse’s sinless vs. sinful – party of hate vs. party of humanity – divide and conquer dichotomy, intersectionality justifies senseless violence, believing (without question) all kinds of accusations. As long as those accusations come from those deemed oppressed by the privileged vs. oppressed intersectional rubric.

Intersectionality is no liberator, reconciler or redeemer. It does violence to society in large part because it empowers the abuse of language and by default manipulative propaganda. This allows people to ‘label their opponents’ words [or silence] as violence, whereby they give themselves permission to engage in ideologically motivated physical violence.’

Intersectionality is a thought prison that chains people to fear and suspicion. It serves self-righteousness and encourages people to replace evidence based reasoning with emotion; charitable interpretation with a list of cognitive distortions, such as  ‘catastraphising’, ‘mind reading’, ‘dichotomous thinking’, ‘negative filtering’, ‘blame’, and ‘positive discounting’.

This joyless yardstick thinking drives a wedge into communities, families, Churches and Western governments, which explains why warmongering Western Communists are among Marcuse’s greatest admirers.

Conclusively, intersectionality raises more questions than it can answer, and raises more problems than it claims to want to solve.

Hence the still powerful relevance of these words, ‘if a blind man follows another blind man, they both fall into a pit.’ – Jesus, Matthew 15:13, ESV

Haidt, J. & Lukianoff, G. 2018. The Coddling of the American Mind: How Good Intentions and Bad Ideas are Setting up a Generation for Failure,  Penguin Random House 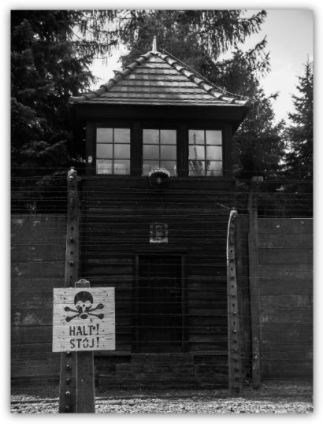 Eric Abetz (LNP) is proving to be no mediocre politician. His speech from July last year remains relevant, making his message one of the best ever entered into the Australian senate’s Hansard.[i]

This year the Senator for Tasmania provided us with a sequel. Speaking about ‘Political Discourse’ Abetz went head to head with cancel culture and the Left’s double standards.

He gave a long list of examples where people were being bullied into submission, and their livelihoods cancelled because of a small, boisterous percentage of people online, and within corporations, looking for oppression, prejudice, malice and racism in everything.

Under Cancel Culture, it no longer matters whether or not a perceived offense was intentional or unintentional (or accidental). These are often labeled micro-aggressions. All that matters is the perceived outcome.

This is what Jonathon Haidt called ‘outcome over intent’ [ii]. Haidt explains that micro-aggression theory is the life blood of cancel culture. If the outcome is perceived to be offensive, intention doesn’t matter.

Appearance and accusation, follows emotional reasoning. Feelings are then placed as lord and master over evidence based reasoning. If something feels offensive, than that something, or someone, is no longer deemed worthy of life or livelihood.

Not only is this culture unstable, it’s unsustainable, and as Abetz argues, ultimately destructive.

Make no mistake about it. Cancel culture is a “life unworthy of life” prescription that echoes the same kind of ideology which allowed Stalin’s Gulags, and purges, along with Nazi Germany’s Auschwitz, Dachau, Ravensbruck and Buchenwald (among others).

It gives us a strong reason to step back, assess and rethink any agreement with, or participation in such a culture and its ideology.

For these reasons alone, I don’t think it a stretch to say here that, yet again, Abetz is spot on in both his warning, and rebuttal of Cancel Culture’s, “life unworthy of life” prescription for cultural suicide.

“If an individual were to engage in self-loathing, relentlessly finding the fault with self, and ridiculing and denigrating all their past endeavors, we would rightly conclude the individual had issues. Counseling might be in order.

So to with a society; if a society is willing to engage and embrace those who relentlessly spread negativity, and wallow in fault-finding it will have an extremely bleak future. A mature reflection of self or of society recognizes the good, with the not so good.

We should learn from past mistakes, not to tear down and destroy, but to build an even better future. This is how our society has progressed, and why we are where we are today as a nation – the envy of the world.

Let’s be clear. One of the great freedoms we have in Australia is the liberty to leave if we don’t like it. I don’t see any of the professionally and perpetually outraged leaving Australia for North Korea, Cuba or China.

For its alleged and real faults, Australia is the favored destination of the peoples of the world seeking freedom and opportunity.

As professor [James] Allen so eloquently wrote, “you know you’re living in George Orwell’s world, when speech is considered violence, and violence is considered speech.”

And that is exactly what we are witnessing today. Ugly double standards courtesy of the Anarchist Left; when conservatives speak they are accused of violence if they take a view contrary to the “woke” Left, but if the same language is used by the Left, it as indication of empathy, and “wokeness” – always excused.

Bettina Arndt’s award earlier this year was vehemently attacked by Labor senate leadership team. That same team of two women remain as silent as a rock, over the more recent award to that purveyor of ugly, sexist violence to women and anti-Semitic tweets, Mike Carlton.

Reason? He’s from the tribe. He’s from the Left. Similarly the treatment of Cardinal George Pell, and Paul Bonjornio, both in a seminary with that horrific pedophile, Ridgedale.

Pell should have been fully alert and known all that went on. Bonjornio on the other hand, fully excused, “of course, he couldn’t have known.”

The difference of treatment? Pell is of a conservative disposition; Bonjornio from the Left. We see the “woke” Left attacking statues of former Coalition leaders and Captain Cook, possibly the world’s greatest ever navigator; for allegedly being racist.

But a Labor leader [Arthur Calwell] who supported the ‘White Australia Policy’, and famously (or infamously) said, “two wongs, don’t make a white” sits in the pantheon of Labor leaders. As does another Labor leader [Gough Whitlam] who referred to Vietnamese refugees “[expletive deleted], Vietnamese Balts.”

No their names are not to be vilified or desecrated. Instead they are hallowed. Why? Because they are from the Left, whereas the Coalition leader [Tony Abbott] who voluntarily dedicated a week per year assisting Indigenous communities without media fan fare, needs to be vilified for his alleged racism.

Refusal to acknowledge any good in others, and any possible failings in the tribe has become the mantra and justification to remove people from employment, films and books from the public; for sports people to kneel for a cause and close businesses.

So much for the celebration of diversity – everything is judged in terms of claimable victimhood, division and partisanship.

The tribe excuses each other and accuses everyone else – the recipe for disharmony, anarchy and societal collapse. Facts, evidence, objective truths are junked in favor of bullying, sloganeering, and emoting.

The time has come to stand firm, push back and advocate the cause of our wonderful heritage bequeathed to us by our forebears; an heritage of civility, a system of democratic government, the rule of law, personal freedoms, and the standard of living, all of which makes Australians the envy of the world.

I for one will continue to be thankful and defend and promote that heritage, because for all its faults I know no better country.

I know no better people.”