Archives For Let the buyer beware

Truth Vs. Manipulative Propaganda In The World, Church, Practice & Theory 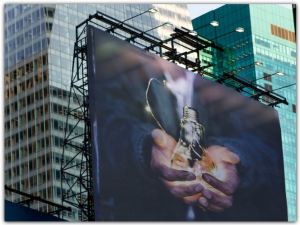 We’re walking through Nathaniel & Hans’ Bluedorn‘s 2009 book, ‘The Fallacy Detective‘ for Homeschool at the moment. The Bluedorns do an excellent job of distinguishing  between the various logical fallacies, discussing how they work on and off the page. I’ve even learnt a few things I didn’t know, and gained clarity on a few of the more nuanced fallacies like ad hominem, straw man and equivocation.

The Bluedorns provide an easy to read text. Placing at the end of each chapter well written quizzes with some humour mixed in, they effectively teach a complex subject to their reader.

‘The Fallacy Detective’ was a recommendation from one of our American homeschooling friends and I can see why they were so excited about using it as a resource for lessons in logic and communication. I haven’t finished using this text, but once I am we will be revisiting it and beginning a walk-through of Nathaniel and Hans’ next book, ‘The Thinking Toolbox‘.

In the final chapter of ‘The Fallacy Detective’ the authors hone in on propaganda. The introduction to this section differentiates between propaganda and manipulative propaganda.

Some key points are made, such as,

The definition given for manipulative propaganda is,

‘when someone plays with our emotions in a way designed to make us agree with them without thinking through the matter carefully’ (p.189)

I had a problem with these definitions because they didn’t go deep enough. For instance, someone could easily use this to (falsely) justify the accusation that preaching is propaganda, or worse manipulative propaganda. So when teaching through this part, I added a qualifier. Throwing in the fact that there is a distinction between propaganda and preaching.  Granted the two are sometimes blurred by questionable sermons, poor theology, and stale dogma.

This is sometimes seen in the Charismatic movement, where the emphasis can be more on transaction and performance. By that I mean “naming and claiming something”, “having the [quote] right anointing [unquote], “feeling God’s presence in the band if it played well, and if it didn’t play to standard? Well, God somehow didn’t show up”.

Thus giving the congregation and spectator the guilty feeling that they somehow failed to impress God and are abandoned for not having done so. Jesus had a stinging rebuke for those in the temple, who confused preaching with manipulating others. Knowing the difference between preaching and propaganda, especially manipulative propaganda falls in line with that rebuke.

‘And Jesus entered the temple and drove out all who sold and bought in the temple, and he overturned the tables of the money-changers and the seats of those who sold pigeons.’ (Matthew 21:1, ESV)

There’s a big difference between preaching and manipulating someone in order to get something. Preaching is about proclamation, invitation, empower faith seeking understanding and learning together in humility.

I take my own understanding of preaching, from Jesus and Paul, who together, teach us that preaching, in sum, is about saying “I give this to you, in order to benefit you” (paraphrased). It’s far removed from the sales room floor of crony capitalism, the soap box of Marxists, the auctioneer’s gavel and the manipulative propagandist who, hiding behind all of these platforms, has his and her ultimate aim as being, “what can I take from you to benefit me”. At the heart of this we hear caveat emptor – let the buyer beware; Jesus and Paul telling us to be careful about what is being sold to us, who is doing the selling, and why they are selling it.

Even without the distinction between preaching and propaganda, the final chapter of ‘The Fallacy Detective’ holds itself together. The differentiation between propaganda and manipulative propaganda is followed by a clear description of, why, how, when and where propaganda is used. This includes, among others, car salesmen, lawyers right up to celebrities, artists and politicians.

Again, not all propaganda is bad, but propaganda shouldn’t be accepted without question; my take on this is that caveat emptor becomes: beware the auctioneers.

For most hardcore Marxists there is no truth, but that which is filtered through the lens of Karl Marx. As the script writers for the video accurately describe:

“America is the major obstacle that stands between the grave-digger [Communist] and its intended victim. Here is target number one for the Reds and who’s in the bulls-eye. You are being in the bulls-eye. It’s important to know something about the enemy’s weapons and how to spoil their aim. That aim is nothing less than world conquest, and subversion by every possible means, is the cheap method used.The keyword is conflict.

Outside of the red countries themselves conflict must be promoted everywhere. Every dissatisfaction must grow into a resentment. Every resentment must become an argument. Every argument must grow into a fight. Every fight must blossom into a riot. Every riot must expand into a war. Every war must end in devastation.Where, there, in the ruins, communism finds its chance. For the Communists there must never be a compromise. Never a settlement of disputes, only conflict.”

If, as the video concludes, the only ‘effective defence against [manipulative] propaganda is the truth’, then the way forward for the aggressor, in any information war, is to attack the truth. The truth is watered down in order to get people to second guess it; smothering the truth in lies, half-truths, and the displacement of absolute truth. On this level truth means that at any stop light, red can be made to mean “go” by any individual who so desires, and no one is liable for the consequences.

This is why one of Roger Scruton’s more tongue in cheek comments in his 1994 work Modern Philosophy carries so much weight:

‘A writer who says that there are no truths, or that all truth is ‘merely relative’, is asking you not to believe him. So don’t.’  (pp.5-6)

Worth noting is the date this video was made. With the benefit of hindsight, the information presented shows that those who came before us, were not as ignorant as we are about the dangers posed by Communism and all forms of manipulative propaganda.

Ten Ways To Bring Out Your Inner Savvy Christmas Shopper 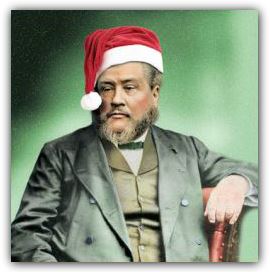 Most people in the business world are trained to know the difference between a good deal and a bad one. Wisdom that governs commercial transactions is rooted in the phrase “let the buyer beware.” In Latin, caveat emptor.

Along with “customers make pay-days possible”, caveat emptor reigns supreme in the memory of anyone conducting business with the intention to stay in business.  While these ancient rules guide those in the business world, they’re also applicable to the savvy home-maker. Particularly at a time of traditional giving and thanksgiving, such as  the Christmas season.

In an essay called Hints as to Thriving, Spurgeon gives his thoughts on managing finances. So I’ve made a list and I’ve checked it twice. Here are ten ways you can bring out your inner savvy Christmas shopper, during the Christmas shopping season:

1. Believe in travelling on step by step; don’t expect to be rich in a jump. Slow and sure is better than fast and flimsy.

2. [Remember], better a little furniture than an empty house. From bad to worse is no improvement. Don’t jump out of the frying pan into the fire. A small fire that warms you is better than a large fire that burns you.

3. Don’t burst a bag by trying to fill it too full, and ruin yourself at too much. In a great river fish are found, but take good heed lest you be drown’d.

4. Keep your weather eye open. Sleeping poultry are carried off by the fox. Who watches not catches not.

5. Never ruin your soul for the sake of money: it is like drowning yourself in a well to get a drink of water. Better walk barefoot than ride in a carriage to hell.

6. [Check product or store reviews & look for the honest salesperson]. A good article, full weight, and a fair price bring customers to the shop, but people do not recommend the shop where they are cheated.

7. Look most to your spending. No matter what comes in, if more goes out you will always be poor. The art is not making money, but keeping it.

8. [Remember], that a fool may make money, but it takes a wise man to spend it.

9. Never indulge in extravagances unless you want to make a short cut to the poorhouse. Money has wings of its own.

John Ploughman wishes all young beginners long life and prosperity. Sufficient of wealth, and abundant health, long years of content, and when life is spent, a mansion with God in glory.

As you look to buy gifts for loved ones, keep in mind that one of the best birthday presents you can give Jesus Christ, is the gift you give to those who most need it. For by doing so, you have done so unto Him.

For anyone who might be stumped on how to give to those in need, along with the normal gifting of presents and food for the great December day ahead called Christmas. Here are five trusted organisations that you can donate through:

Image: 19th Century photo of Charles Spurgeon. The modern artist who photoshopped in the Santa hat is unknown. Sourced from The Confessing Baptist