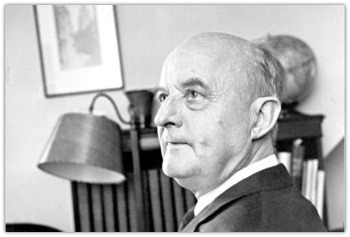 After working my way through Reinhold Niebuhr’s ‘Signs of the times,’ and being encouraged by what I’d found there, I decided to invest time in reading ‘An interpretation of Christian Ethics.’

Upon finishing it, I was left with the feeling that the work was incomplete. Niebuhr seemed to become paralyzed by paradox.

Halted by an ‘impossible possibility’ [his reworking of an early 20th century dialectical term where that which is true as an “impossibility actually becomes a true possibility”] of humanity ever being able live what he calls the “Jesus ethic” or “law of love.”

For Niebuhr there is no better example than the impossible possibility of Christian forgiveness. Reducing things, he states that if we were to apply forgiveness in an absolute sense we would have to eliminate prisons.

If it sounds a bit reductio ad absurdum, it might be because it comes real close. What stops it crossing that line is the qualifier in the form of a question that Niebuhr raises: How can we live out justice and ‘preserve the indictment upon all human life of the impossible possibility, the law of love [?]’ [i]  Any action that seeks to restrain or limit our neighbour is resistance and a breach of the ‘law of love.’

‘As a matter of practical necessity and social responsibility, even the Christian is compelled to leave that ethic behind in grappling with the exigencies of a fallen world.’ [ii]

On this, Niebuhr stands alone. Both the pacifist and just-war positions disagreed:

‘Niebuhr’s claim that the ethics of Jesus commands absolute nonresistance to evil has been challenged, at least implicitly, both by Christian just war theorists and by Christian proponents of nonviolence.’[iii]

It might be a big call, but it seems to me that Niebuhr’s gloom smothers His exegetical work. What little there is of it is let down by a restless existential pessimism which seeps into every part of the later chapters.

There is no mention of a loving “no”, loving correction, or even of Jesus’ own blunt words to the Pharisees. Niebuhr frequently speaks of ‘the human spirit’, yet, there is little to no mention of the role of the Holy Spirit. The absence of which only deepens the dark, hopeless tone.

‘An interpretation of Christian Ethics’ was a disappointing read. In trying to contemporise a contextual relevance of a ‘Jesus Ethic,’ Niebuhr may have built a bridge no one can cross. The intention is there. The thoughts are good, they unfortunately don’t appear to move beyond Niebuhr’s pessimism.

In an attempt to redeem the text and restore my quickly fading new-found appreciation for Niebuhr, I went back to the start. After all, this was written in 1935. Perhaps the gloom reflected the impending doom at the time. So, I re-read through my notes, hoping to perhaps see where I might have misunderstood or missed a deeper poignancy. I sat on my response, gave it more thought and concluded that the echo of pessimism in the text was inescapable. Once I’d acknowledged this I was able to see the real value of the text.

‘An interpretation of Christian Ethics’ presents the view that no principle driven ethical position wins. All human attempts fail. No human on a human throne can claim absolute moral superiority. That belongs to Jesus Christ. Whilst Christian forgiveness may be an impossible possibility, in Christ, it is attainable.

The strength of ‘An interpretation of Christian Ethics’ is in how Niebuhr uses the incapacity of humanity to bolster God’s ultimate sovereignty and divinity – His merciful omnipotence and gracious Holiness. The incapability of humanity being able to put Jesus’ words into action doesn’t give humanity the right to dismiss the “Jesus ethic’’.

The ‘’law of love’’ will always remain a critique of the direction of human progress and regress. These commands from within humanity from outside humanity, Jesus commands, therefore, stand as an invaluable reminder of where humanity stands: God is God, we are not.

There is no escape from the responsibility that “Jesus Ethics’’ places on humanity. From Adam, to Jesus Christ, human responsibility is, as it has always been, held to account by its Creator.

I’m on board with the gist of Niebuhr’s arguments for as long as they exist as a critique of the spiraling self-absorbed existential crisis, in theology specifically, and in the West generally; the weakening of thought; the weakening of resolve; the numbing of the masses, seduced by self-congratulation, caressed by false achievement and lured by false security.

‘An Interpretation of Christian Ethics’ challenges this. It challenges any theology that supports selective labels. Arguing against anyone who might unfairly denigrate their neighbor as the oppressor. Where being offended or disagreed with ends with that neighbor being permanently labeled an oppressor, with a complete disregard for the history, situation, or reality of their own fallen humanity.

‘Ideally men seek to subject their arbitrary and contingent existence under the dominion of absolute reality. But practically they always mix the finite with the eternal and claim for themselves, their nation, their culture, or their class the center of existence. This is the root of all imperialism in man […] devotion to every transcendent value is corrupted by the effort to insert the interests of the self into that value.’[iv]

Although only implied, that “God is God and we are not” is Niebuhr’s unavoidable and most poignant take home point. This is what saves ‘An Interpretation of Christian Ethics’. Niebuhr brings forth the scriptural reminder that ‘no one is righteous, not one […] all have fallen short of the Glory of God, and are justified by his grace as a gift, through the redemption that is in Christ Jesus, whom God put forward as a propitiation by his blood, to be received by faith.’ (Paul, Romans 3, ESV)

Niebuhr’s work is a challenge to the Cult of Self. It is a reality check for activism, such as Liberation theology. As such it adds to our understanding of Christian ethics because it recognizes the dangers and limits of non-violence, pacifist and just-war theories.

Which if applied generally as a critique of Western civilization in-it’s-current-state, might perhaps be summed up as:

‘He will render to each one according to his works: to those who by patience in well-doing seek for glory and honour and immortality, he will give eternal life; but for those who are self-seeking and do not obey the truth, but obey unrighteousness, there will be wrath and fury.’