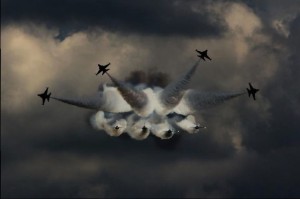 Halloween isn’t really an Australian ‘thing’. Outside economic reasons and a general understanding that Australians have a love/hate relationship for some things American, I’m not sure why we’ve even gone down that road.

Therefore, since it’s a little ironic for me to post something that wavers on the extraordinary, consider that a disclaimer, and this, an acknowledgement of the irony of this post.

In ‘Part IV: To the Reformation’ Edwards hones in on something well before his time. Here is American theologian describing the antichrist’s activities in both the West and in the East.

When reading this bear in mind two current events and one historical fact: first, the beheadings of Christians in the East, court rulings against Christians in the West, and the fact that Edwards wrote this in the 1700’s.

Where things get sketchy is Edwards’ association of the Ancient Roman Empire with the antichristian West. In the context he uses words such as ‘heathen’[i] which helps, up to a point, separate the Roman Catholic Church from his meaning. He does, however, as most Reformed theology does to some degree, discuss the corruption within the R.C that brought on the reformation.

Nevertheless, in Edwards’ commentary a separation between the ‘heathen’-Ancient Roman Empire and Roman Catholicism exists.

‘The two great works of the devil, in this space of time, against the kingdom of Christ, are his creating his Antichristian and Mahometan kingdoms; which both together comprehend the ancient Roman empire; the kingdom of Antichrist the Western, and the Mahometan kingdom the Eastern, empire. As the Scriptures in the book of Revelation represent it, it is in the destruction of these that the glorious victory of Christ, at the introduction of the glorious times of the church, will mainly consist.’[ii]

What he means by “it is in the destruction of these that the glorious victory of Christ, at the introduction of the glorious times of the church, will mainly consist” is unclear. From the context which includes referencing Revelation 9, his meaning is certain to be that of the ‘end times’.

‘Satan’s Mahometan kingdom shall be utterly overthrown. The locusts and horsemen in the 9th of Revelation, have their appointed and limited time set them there, and the false prophet shall be taken and destroyed…The visible kingdom of Satan shall be overthrown, and the kingdom of Christ set up on the ruins of it, everywhere throughout the whole habitable globe.’[iii]

‘then from the smoke came locusts on the earth, and they were given power like the power of scorpions of the earth. They were told not to harm the grass of the earth or any green plant or any tree…in appearance the locusts were like horses prepared for battle: on their heads were what looked like crowns of gold; their faces were like human faces, their hair like woman’s hair, and their teeth like lion’s teeth; they had breastplates of iron, and the noise of their wings was like the noise of many chariots rushing into battle’

There is a danger of reading too much into this (e.g.: projecting a form of apocalyptic apologetics by assuming a literal and not metaphorical reading of Revelation 9). Something I’m trying to avoid by simply allowing Edwards to speak for himself.

Outside the uncanny relevance, I won’t speculate on how spot on Edwards’ eschatological perspective might be. That task is one I’ll leave up to each individual reader.

One thought on “The Eschatological Relevance of Jonathan Edwards”