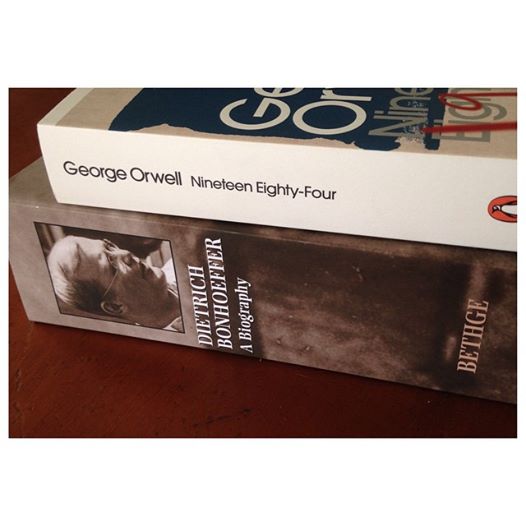 I have to say that I’m pretty excited about some new additions to my reading list this year.

Having read Eric Metaxas’ work on Dietrich Bonhoeffer, I’ve been hanging out, for some time now, to read Ebherhard Bethge’s, “authorised,” biography {Bethge was Bonhoeffer’s good friend, student and nephew-in-law}.Unlike a lot of my theological colleagues/peers, I liked Metaxas’ effort. Still, it’ll be interesting to compare the two.

From what I’ve encountered so far in the Bethge text, I’m a fan.

I’ll save the details for a later post. The first highlight, however, is the bibliographic list which is included near the index. It is a list of books Bonhoeffer read whilst being held in prison by the Nazis. One such book is Karl Barth’s CD. II/II among a host of other material.