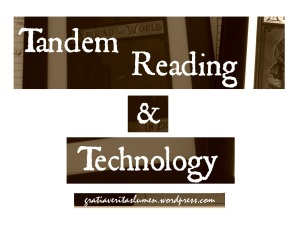 Excluding ‘The Floating City,’ ‘Around the World in Eighty Days’ is our second Jules Verne classic utilising a tandem reading out loud strategy.

For our first tandem reader our 3rd and 5th grade homeschoolers, journeyed through ‘20,000 Leagues Under the Seas.’ Each took turns at reading a page, stopping at key points to investigate significant historical events, including geography and marine biology.

This came about because I had decided to revise our reading out loud time after a time management crisis; I was trying to fit a lot of exciting themes and educational opportunities into such a small timeframe. The individual reading of different books out loud, at different times during the day, was not as effective as I’d hoped it would be.

Reading Verne out loud and in tandem offered me a way to implement a more rounded reading routine. The aim was to deal with a large amount of new information in small, fun and interesting pieces. A primary part of this process was journaling about each chapter, focusing on the action (verbs).

I was then able to monitor the progress of reading and comprehension more closely. By creating opportunities for discussion about the current status of the characters and where they think the storyline is headed, I’ve also been able to partake in the joy of the adventure without adding more pressure to the workload.

The added bonus here is that Verne was French. As a well-travelled French novelist his perspective is broad and insightful. It meant that when we sat down to watch the American movie version of 20,000 Leagues Under the Sea, our homeschoolers were able to discern the cultural and literary differences. For example: the screenwriters wrote for an American audience, whereas Verne’s audience was primarily European.

Our kids pointed out that Ned Land’s behaviour, dialogue and character in the novel is more humorous. Whereas the Disney movie presents a more serious and restless character. They came to their own conclusions about the differences between film and book, taking serious issue with some scenes and the ending of the movie.

Rather than buy duel copies of each book, we’re utilising e-readers. For this job the Kindle readers have served us well. The benefits of the Kindle outweigh its drawbacks. The benefits being an inbuilt dictionary, Kindle for P.C., highlighting for future reference and cost. The drawbacks are battery life, location numbers and the loss of that book-in-hand experience. As for the location numbers they are sometimes matched against actual page numbers, but I’m probably not alone in wishing that Amazon would just drop the former and stick with the latter.

Adding to the benefits of reading these 19th Century classics out loud is the language. Each book has its own unique set of verbs, adjectives and nouns. So much so that they are great for vocab building. Not only are our homeschoolers spelling the words and working with definitions, but they are reading them in a firm historical context.

This said, our journey hasn’t been without its struggles. Being over 120 years old, Verne’s use of vernacular and the depth of his vocabulary shows it’s age. So, the progress can be slow going. When this happens it’s up to me to make an extra effort so that these hard parts are as much fun to get through as seeing what happens in the story next.

In order for this to work well I’ve had to make sure that I am clear with our homeschoolers about what I expect and don’t expect. For instance it’s not vital for them to retain things like the Latin names of categories that Verne throws our way.

The outcomes so far have been some improved reading, comprehension and further familiarity with scientific concepts. If I’m forgiven for being bold enough, I’d even follow this up with increased appreciation for teamwork, communication and the benefit of being introduced to historical events otherwise overlooked in some history curriculums.

Tandem reading out loud is new for us. The teaming up of a more advanced reader with a less advanced reader has helped both. It’s a learning technique that we’re still exploring.

As much as I like it, we won’t being using this technique with any and every book.The format seems to best fit big adventures and older style writing. For us, Jules Verne has been a good fit, preparing us for a time when they’re more than ready to tackle something like John Bunyan’s, 1678, ‘Pilgrims Progress.’

God’s Grace, Jules Verne & The World That Revolves On The In-Between