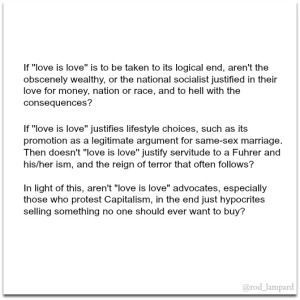 Love is defined by God.Love cannot define love, it comes from who God is.

‘…but the sovereignty which was to be confirmed and glorified was the sovereignty of His love, which did not will to exercise mechanical force, to move the immobile from without, to rule over puppets or slaves, but willed rather to triumph in faithful servants and friends, not in their overthrow, but in their obedience, in their own free decision for Him.’ (Barth p.178) [i]

The statement that God is love means that love is not god. It’s a distinction that liberates love from the human claim to be able to define love. This frees humanity from the burden of the oppressor who through the control of a ‘false consciousness’ (Karl Marx) makes love whatever he or she decides it should be.

The individual that has jettisoned God from love inevitably asserts a definition of love made in their own image.

Nothing and no one is allowed to challenge this. Any reasoned disagreement is considered to be outside this love. Measured against this new definition of love and found wanting, all opposition is sentenced to be an act of hatred, betrayal and treachery – anti-love.

Love that defines itself, negates itself. Love cannot define itself any more than the slave or abused child can define freedom, when they have been taught to believe the abuse he or she might have received at the hands of an oppressor is normal.

Without God, love and even freedom become a cheap commodity, whose meaning is traded and swapped for that which sells best. Reduced to emotion, sex, money and the placating of an individual’s happiness.

If ”love is love” is to be taken to its logical end, aren’t the obscenely wealthy, or the national socialist justified in their love for money, nation or race, and to hell with the consequences?

In light of this, aren’t “love is love” advocates, especially those who protest Capitalism, in the end just hypocrites selling something no one should ever want to buy?

The “love is love” argument is therefore only a tool of the oppressor used to uphold human claims to ownership of what love is. Love is then determined to be anything the oppressor wants it to be. Which, as history tells us, is usually expressed by the whip, underpay, discrimination, special treatment, racism, greed, abuse and persecution of whatever the oppressed disagree with.

Though relationship exists because God wills and desires to be with us, the distinction remains clear: God is God and we are not.God frees love from fickle and insecure human authority. An ideology cannot be love anymore than it can usurp the God who loves.  It’s this way because we don’t own God any more than we can own love or know what love is outside of the God who loves us.

‘Be not wise in your own eyes, fear [trust] the Lord, and turn away from evil. It will be healing to your flesh, and refreshment to your bones’ – (Proverbs, 3:7-8) 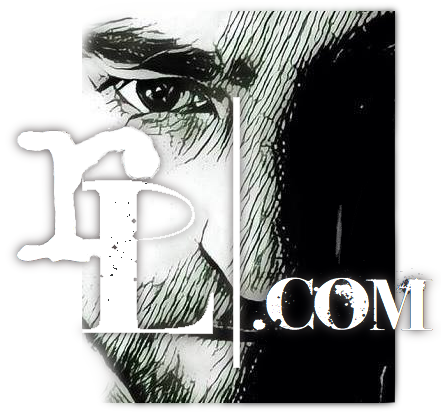