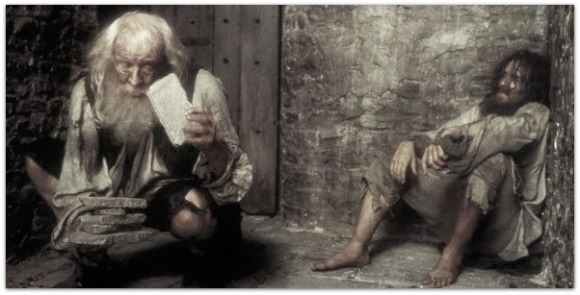 From, The Three Musketeers, to The Man in The Iron Mask, to The Count of Monte Cristo; in the novel department only Clive Cussler’s, Dirk Pitt fiction series comes close to how much of a fan I am of Alexander Dumas.

If there’s a movie made available about either, I’ve probably seen it, or would sign petitions for more to be made.

I would have to say that outshining all three of Dumas’ works listed is The Count of Monte Cristo. It’s my affection for this book that’s applied to the new instrumental below. The story of Edmond Dantes, betrayed by his friends in their quest for power and privilege. Imprisoned falsely and lost to the world he once knew. Stuck in the depths the Château d’If, the now, number 27, Dantes ‘ desperation drives him back towards God.

Praying for deliverance, he meets Abbé Faria (#34), a priest, who while attempting to escape digs up into Dantes’ cell. From this meeting comes the revolution of Dantes.

“[For] Dantes was a man of great simplicity of thought, and without education”.[i]

Dantes reflects on the limitations of their imprisonment and wonders how the Faria came to still be able to read, when no books are allowed, let alone light to read them by:

“I had nearly five thousand volumes in my library at Rome; but after reading them over many times, I found out that with one hundred and fifty well-chosen books a man possesses, if not a complete summary of all human knowledge, at least all that a man need really know – [recall to memory].”

From here, Dantes asks to be taught by Faria. He subsequently goes from being a naive simpleton to an intellectual giant. Dantes learnt to “see in the dark.”

In the final scene between the two, an unwell Faria farewells Dantes by giving him the treasure of Spada’s location; hidden in the rocky island of Monte Cristo:

“This treasure belongs to you, my dear friend,” replied Dantes, “and to you only. I have no right to it. I am no relation of yours.”

“You are my son, Dantes,” exclaimed the old man. “You are the child of my captivity. My profession condemns me to celibacy. God has sent you to me to console, at one and the same time, the man who could not be a father, and the prisoner who could not get free.”

Through prayer, a teachable attitude and education, Dantes started a personal revolution that would take him further than he probably should have gone.

The Count of Monte Cristo is the story of the salvation and dark revolution of a man sold by his friends into the abyss, in exchange for power, money and privilege.The path is mixed with tension. Full of ethical dilemmas which permeate action and decision, each moving through complex relationships built on a web of deceit. Something Dantes carefully unravels as he seeks justice for the wrongs done to him.

I think the instrumental captures that tension. The joy of freedom, of learning new things, of hope, of wrestling with wrongs done to us, and awakening to the knowledge that we all have to be responsible with that freedom.

For the physical side of the creative process. After finishing, I decided to redo the lead guitar part.  The low quality of the work reminded about the importance of having a determined melody. I am doing this as much for practice as I am posterity, so if I’m not being challenged to move beyond what I’ve already created then, as can happen, the art will stagnate.

Instead of having a wandering lead solo that does nothing but show off my flawed run up and down a fret board, having a fixed lead part works to launch the fillers (& all the frills which snap to attention with it).

The hardest part was mixing the layers. There’s an improvement between my earlier recordings and the more recent ones. I’ve pushed Audacity as far as it can go. Although, it has it’s limitations,  I’ve appreciated being able to work with a program that works. The next level is Pro-tools or an equivalent. If I was going to follow that road, I’d be looking at making that kind of investment pay for itself.

[i] Dumas, A. The Count of Monte Cristo Acheron Press. Kindle Ed.

Music is my own.

Image is from ‘The Count of Monte Cristo‘, 2002 Jay Wolpert & Kevin Reyonalds, (source.)