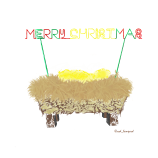 The homeschool year has come to an official close. We’ve marked it for you by presenting our own arrangement of ‘Merry Merry Christmas’ from Colin Buchanan’s 2005 album, King of Christmas.

This song was a homeschooler pick. Consequently, they’re the acoustic guitarists heard in the mix. So, this arrangement was somewhat of a joint effort, and it shows some of our key learning outcomes achieved in 2016.

As for the quality of the vocals, forgive the not as-clear-as-could-be lyrics. I used an iphone to record the singing. That shouldn’t be too much of a problem, though, because the song’s lyrics have been added to the video; and given the punk-esk lyrical vibe the words aren’t very difficult to pick up.

Like the other two songs we’ve done, I’ve added my own instrumentation including bass line, piano, percussion, lead and rhythm guitars. In no way is it a professional recording nor am I trying to claim it as such. The song is best heard through a headset or something with good speakers.

This for us is just pure fun; action directed towards the heart of God.