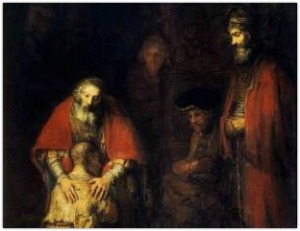 His name became like mud, ‘
.   though his only crime was acting on his insecurities;
.   left alone to filter his own anxieties.

His past was never even,
.     because of that he struggled to be someone you could believe in.

That made knowing him difficult,
.     and boundaries hard to fault.

He wasn’t perfect, masked his tears with pride,
.     the evidence of which is still not far from our eyes.
.           He let his brokenness break others,
yet, his torn behaviour never watered-down his broken love for you.