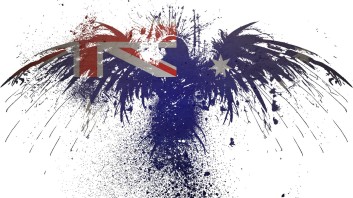 The birth date for Australia as a nation is officially Federation Day, where on January 1st, 1901, the states and territories came together as one.

The 26th, “Australia Day”, marks the landing in Botany Bay of the first fleet, which arrived in 1788, filled with British convicts, their wardens and a few settlers. Worth noting, this was one year before the French Revolution. 14 years after the American war of independence.

They arrived not to fight an organised army or take siege of cities. When they arrived, they saw bushland that went on as far as the horizon. To this enlightenment age people, this land, although sparsely occupied by clans of indigenous Australians, was mostly empty.  Hostility fuelled by misunderstandings and racism, between Europeans and indigenous people came much later on and with it a history that is not as black and white as white vs. black.

There has been an official “sorry” given for wrongs committed towards indigenous Australians, plus a TON of aid and support in both education and other social programs to empower awareness and positive change within indigenous communities.

Today, Australia Day represents the ownership of those wrongs and the long effort to factually acknowledge and correct them. Australia Day also represents the celebration of freedom, God’s blessings, our rich heritage, the land, new citizenship for immigrants and the importance of  indigenous Australians to our nation’s future.

It’s also a day that reminds us, we are a people still in need of redemption.

For reconciliation to mature beyond words and gestures, forgiveness must follow that official apology. This won’t happen, though, for as long as Leftist elites and their sycophantic allies are allowed to control a skewed narrative and direct the hearts of people through their often biased politics.

We as a nation are not beyond being mature enough, to hold the right and the wrong in both hands, being able to learn from both, being humbled by its mistakes and using them to empower our future.

To move the Australia Day to, May, or make it ”Wattle Day” is to jettison all the benefits that can come from redeeming the past for the present and the future. Effectively taking the negative aspects of this nation’s history and burying it does nothing for progress, unity or reconciliation.

Moving the date or renaming the day will only unnecessarily divide us, ripping from our hands and hearts, the potential to fuse together, and be fused together by a solidarity that Australia Day, as an event, brings and can bring.

We aren’t beyond redeeming the day or the date, because we still stand under the God who redeems, has redeemed, and will redeem. The land down under, is a land of liberty under God.

If you think the day is offensive, don’t reject it. Give it a fair go. Seek instead to redeem it.