Bagatelle Of The Solitary Lamp 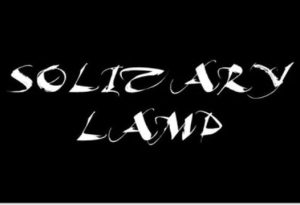 If you are among the few readers of this blog, or perhaps among the one or two Facebook friends that are following what I create musically, you may be interested in this.

I’ve managed to pin a melody to some rhythm and bass that I put together a few weeks ago. Sometimes when I’m working on an idea, I’ll come up with multiple different avenues and if they’re good enough, I’ll record those and set them aside for another day.

This particular instrumental came out of some prayerful playing and is as it is. I used three different guitars for this piece and the free play (not pre-programmed) piano option on garage band. The title comes from a poem a wrote a few months back called Soliloquy & Symphony.

Both the poetry and music are original. I was faced with somewhat of a dilemma with the end result. My time spent mixing this split the song into separate versions. Each version is alike.The only real difference being the rhythm guitar section.

I had a hard time deciding on which tune to stick with so after much consideration I’ve decided on posting both.

I’ve also thrown in a poem for good measure, and in case you’re wondering, a bagatelle is a short piece of music written for piano.

Let me know which version you prefer. I’m partial to version 2, but also really like the more full, gritty sound the rhythm provides in version 1.