Skip to content
Posted on April 12, 2017May 24, 2017 by Rod Lampard Posted in Karl Barth, My Art, My Poetry, TheologyTagged Christianity, Easter, Lent, Resurrection 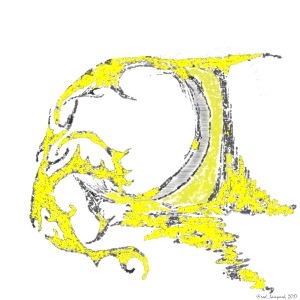 From West to East, wrists to wood
From the river of bitter vinegar, to where it merges with blood from the north.

To where silent spaces are professionally sealed
For fear of blind and impassioned zeal.

To where the sudden presence of the messenger
disturbed the guards and the still of night.

There you’ll find that death
.         and boulder was no match for Light from Uncreated Light.

There the fire-born, who stands inside this broken enclave.
turns to humanity and sets its gaze.

“From God comes His own humiliation.
This; God’s self-limitation, now become your exaltation.

Therefore, rise as you are raised.

For I tell you the truth, He is Risen!”

‘In the person of Jesus Christ, in the death of the Son of God on the cross and His resurrection from the dead. God allowed this humiliation to come upon Himself and this exaltation to be the lot of the other, humanity […] God could not be more glorious as God than in this inconceivable humiliation of Himself to humanity, and the no less inconceivable exaltation of humanity to Himself.’