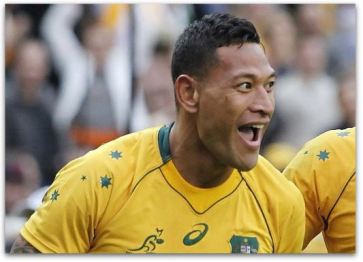 In August 1939, the Soviets signed a non-aggression treaty with the Nazis. This treaty was called the Molotov–Ribbentrop Pact and it allowed the Soviets room to explore Stalin’s expansionist policies. Largely hidden behind the grotesque Abyss of National Socialism’s dark reach for Europe in 1940, Stalin’s Communist forces moved into Poland, and Finland.  The Soviet offensive against Poland began in September, 1939; the offensive against Finland (known as The Winter War) began in November.

Unlike, Poland, Finland had the benefit of only fighting a war on one front. ‘The Winter War’ ended five months later. Finland lost some territory, but kept her sovereignty intact. Poland wasn’t as fortunate.

In September of 1939, the Eastern Soviet offensive against Poland was joined by the Nazi invasion of Poland from the West. Under the Molotov–Ribbentrop non-aggression Pact, Poland was violently split in two. This was until the treaty was torn up, and the once aligned enemies took to each other’s throats.

Once Poland fell, the Polish people were subjected to the tyranny and brutality of both Nazi and Soviet imperialism.

The suffering of the Polish people is one of the most underrated facts of 20th Century history.

One event that illustrates this was the Katyn Massacre. On the 13th April 1940, Soviet authorities executed 22,000 Polish military officers and intellectuals in Katyn Forest, near Smolensk, Russia.

Throughout the 1940’s the Soviets maintained that the massacre of Katyn was a Nazi war crime. They continued to deny responsibility, despite both, “German and Red Cross investigations of the Katyn corpses that had produced firm physical evidence that the massacre took place in early 1940, at a time when the area was still under Soviet control.” (Benjamin Fischer, CIA Study Centre)

Stuck between two ravenous wolves, the Polish people were torn away from their freedom, and slowly devoured. After the war, and as part of Stalin’s expansionist greed, Poland became a puppet Soviet state, doomed to 44 years of Communist serfdom, and Soviet suspicion, behind the USSR’s “antifascist protective rampart”: The Iron Curtain.

Few remember the massacre of Katyn, and the unprovoked suffering of the Polish people under both Nazi and Soviet rule. Even fewer know about it.

It’s this kind of ignorance of history that invites tyranny. The very thing that threatens to burn the West once again is the asinine denial about how easy it is to be seduced into becoming complicit with evil deeds, by those who command them to be carried out.

The widespread condemnation of Australian footballer, Israel Folau took the headlines this week. Political leaders and journalists, including prominent Christian leaders took to the spotlight and castigated a man for quoting from the Bible on social media.

Tom Decent from the Sydney Morning Herald, was among the worst. His use of   the buzzwords, “duel national” and “anti-gay” stopped just short of adding the words “terrorist” and “extremist”, along with inevitable demands attached to them, such as “remove Folau’s citizenship.”

Hillsong’s, Pastor Brian Houston, also chimed in. He who used the opportunity to preach at Folau about not being judgmental, stating that “Jesus, John the Baptist and Paul, all kept their harshest criticism for those who were religious and judgmental.” This is tantamount to saying that the only people who Jesus called to repentance were the religious and the judgmental.

What Houston and many others have failed to acknowledge is that Falou posted the quote on his personal Instagram account. Had this outrage been about one of Houston’s sermons, or books, it’s almost guaranteed that he would be in public relations overdrive pushing back by appealing to the context of where, when and why his words were said.

What Folau said wasn’t wrong. Where he said it, and how he said it raises questions, particularly about the wisdom behind posting it in an age where victimhood is a commodity, and enabling the perpetually offended, leads to political profit, or professional advancement.

However, serious consideration should be given to that fact that the quote wasn’t posted by Folau to pro-LGBT facebook pages. The quote wasn’t posted as a deliberate attack on any pro-LGBT internet forums, nor was his post part of a manipulative political press release, designed to attack the sexual preferences and lifestyle choice of the homosexual community.

Folau shared the quote from Galatians with his Instagram followers. If he was attempting to remind anyone in particular of Paul’s words, it was the sinner. Of which Folua is among the first to confess that he is one.

As for the Biblical text, Paul’s words and their context, there is nothing more inclusive, all troubling, and all embracing, of every human than the fact that,

‘…all have sinned and fall short of the glory of God, and are justified by his grace as a gift, through the redemption that is in Christ Jesus, whom God put forward as a propitiation by his blood, to be received by faith.’ (Romans 3:23-25, ESV)

The true equality of humanity is the condition of the human heart, as it exists before God, in the light of God’s acts in and through Jesus Christ, acts that cannot be reversed, but acts that can be rejected; acts that are rejected by every unrepentant sinner.

The outrage and actions which followed Israel’s post, are a warning, not just to Christians, but to all those who choose freedom of speech, over-against towing the line of LGBT religious dogma. What this tells non-Christians is that their pro-LGBT position will not exempt them from the imposition of new cultural laws in the West, which will see a serious decline in freedom of thought, conscience and speech.

This is evidenced by the dismissing of those who support Israel Folau and threats made against Israel Folau’s wife.

As I said in 2017, a “no” to SSM is a “yes” to freedom, not a denial of it. Since then the quest to erode freedom shows that those living in the West may fast be approaching a time when they have to choose between surrendering to tyranny and pushing back against it.

No matter how Pro-LGBT, or how Pro-Islam, you are, if you’re not practicing the lifestyle the ideology of that community preaches, you’re the enemy and they will come for you, your job, your family and your freedom.

Such is the misery behind the masquerade.

The current trajectory is that speech will be policed and thought will be controlled. This is seen in the punitive measures taken against those who publicly disagree with the predominately Leftist way of thinking. Such as the censoring of Conservative voices on social media.

All of which is echoed in historical precedents, such as the 1937 edit of Hans Kerrl, Nazi Minister for Church Affairs:

“The Church’s proclamation [preaching/teaching; Gospel & service] must fall into the correct relationship with National Socialism [or else].”

Few remember the massacre of Katyn or the Soviet treaty with Nazi Germany. Even fewer know that it happened.

It’s this kind of ignorance of history that invites tyranny. The very thing which threatens to burn the West once again, is the asinine denial about how easy it is to become complicit with evil deeds, alongside those who command them.

The consequence of an arrogant society believing that Pride wins, and that somehow, we’ve evolved past the atrocities of Nazi Germany, and the ability to inflict the same kind of suffering experienced by the Polish people, is history repeating itself.

The West is like Poland in 1940. Every year it moves closer to being stuck between two ravenous wolves; one eager to enslave, convert by force and conquer. The other happy hiding its insidious designs behind a veil of tolerance, inclusion, appeasement and false portrayal of those with contradicting opinions. 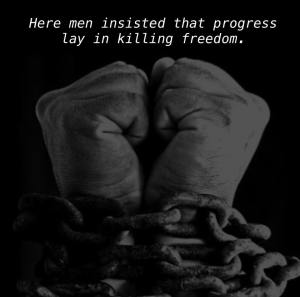 One thought on “The Attacks on Israel Folau Come from an Ignorance of History. Such Ignorance Invites Tyranny.”