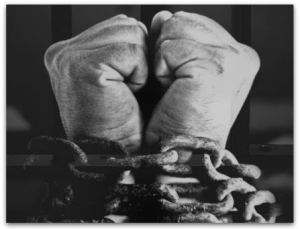 The LGBT community’s grievances and the reason for their sensitivity regarding the Israel Folau controversy are understandable.

A non-biblical version of sin has been misused over the years to beat people down, not bring them the to faith and repentance. (See Psychiatrist, Karl Menninger’s ‘Whatever became of Sin?’, 1976)

That historical misuse, however, doesn’t justify the unjust writhing and screaming being thrown towards Folau.

None of this justifies dehumanizing a man and taking away his bread and butter.

None of this justifies any corporation such as Qantas, bullying, via economic sanctions, companies they do business with, such as Rugby Australia.

As far as Qantas goes, their double standard is more than a little bit strange.

“Isn’t Qantas in partnership with a national airline whose government imposes laws infinitely more damaging to homosexuals than Israel’s utterance of his biblical beliefs?”

As I noted a few days back, Folau quoting from the Bible on his own personal Instagram page, is between him, Instagram and those who follow his social media account. It doesn’t involve the R.A, the L.G.B.T lobby or even Qantas.

This event proves the truth of the Galatians quote Israel posted. The biblical doctrine of sin, as a rejection of grace, a rejection of relationship, a rejection of both God and neighbour, is more relevant than ever. Sin divides, destroys and consumes those who entertain it.

The equality of the Biblical doctrine of sin is that ALL have sinned and fall short of the glory of God, and yet, because of God’s decision to save humanity, in and through Jesus Christ, redemption from that sin is given and found (Romans 3:23). This is the crux of the Easter message heard around the world on Good Friday, Black Saturday and Resurrection Sunday.

As Jean Bethke Elshtain once said, ‘when we start to regard ourselves in our own light, our light dims’.[1]

“Coming to God as consumers saved by following the instructions on the product label rather than as sinners saved by grace is not only the essence of human sin, it does not even deliver on its own promises of liberation. Instead it drives us deeper into ourselves […] Keeping us from ever being disrupted by someone greater than ourselves or by something more wonderful than our own half-hearted achievements’[2]

‘It is the false prophets who “dress the wound of my people as though it were not serious” (Jer.18:11). It is not compassion for the people or zeal for God’s house but their own thirst for popularity that renders the false prophets constitutionally incapable of telling the truth about the crisis. Enclosed in our narrow world of personal spin, we are never introduced to the real world created by God’s Word […] Both sin and redemption are trivialized when we write the script.’[3]

This speaks to the left, the right, the up and the down.

Hence, the call to faith, obedience and prayer; the call to repentance; the call to transformation and the call to embrace God’s costly grace that embraces us in, through and with Jesus Christ.

God does not take pleasure in the death of the sinner, but rather that the sinner should turn from his and her way and live (Ezekiel 18:23)[4].

We hear the Old Testament prophets reminding us that the world must not fall into ignorance and complacency. The pain and suffering of history is broadcasting warnings into the present; warnings about the ensuing calamity caused by ideological crusades that have enslaved men and women, under the promise of establishing ‘God’s Kingdom without God in it’[5].

Of all the current commentary surrounding Israel Folau, including my own, Alan Jones wins the final word:

“If Israel Folau is not free to state his religious views, let alone Christian views, then we are all in trouble. It would be helpful if people analyzed what he said before condemning him to rugby oblivion.”

[4] Ambrose of Milan, ‘On Repentance’