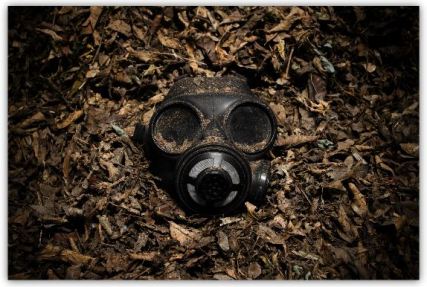 Examine some older texts on philosophy, some Freudian psychology, even some theology, and you’ll come across the term proton-pseudos.

Proton-pseudos is described by the International Dictionary of Psychoanalysis as ‘the link between false premises and false conclusions.’ Sigmund Freud borrowed the term from Aristotle and applied to it to the category of hysteria.

The proton-pseudos is a false idea or belief based on limited or distorted knowledge. It’s an assumption lived out as fact, even though it’s a conclusion derived from a broken reality, one re-pieced together, without a relevant tangible factual basis. In other words, the proton-pseudos is a broken lens. It imagines oppression where no oppression exists, created by a negative self-belief long ago triggered by a genuine traumatic event.

The Freudian understanding of the proton-pseudos is exemplified by ‘Emma, who at the age of thirteen fled the laughter of the sales staff in a shop, consciously believing that they were laughing at her clothes. However, Emma’s reaction in the shop was triggered by a repressed first event from years before, a grocer who had sexually touched her when she was eight.’

French intellectual Jacques Ellul’s aggressive critique of helpful and harmful propaganda, from 1965, assists in providing a framework to explain how propaganda relates to the proton-pseudos as an ‘inner control over the individual by a social force.’ Manipulative, agitation and sociological propaganda preys on the collective social consciousness of a society in an ‘age of anxiety’. Fear is used to control, mobilize and permit.

The manipulative use of fear engineers a desensitizing of sensitivities and objections to an idea, in order to implement it.

As Ellul explains, ‘propaganda will permit what so far was prohibited, such as hatred…propaganda offers him an object of hatred for all propaganda is aimed at an enemy. This hatred is not shameful, evil hatred that must be hidden, but justified because propaganda has pointed out enemies that must be slain, transforming crime into a praiseworthy act.’

Propaganda utilizes proton-pseudos to create conformity. According to Ellul this conformity is the consequence of integration propaganda – political reeducation. This means that any ‘statement whatever, no matter how stupid, any “tall tale” will be believed once it enters into the current of hatred’ perpetuated by the prevailing proton-pseudos; the false doctrine, half-truth, outright harmful or blasphemous lie or deception. The collective social consciousness of society can then be controlled through ‘key words of magical import, which are believed without question.’

To borrow further from Jacques Ellul, propaganda instills in the person held captive to the proton-pseudos ‘a system of opinions and tendencies which may not be subjected to criticism…the individual has received irrational certainties from propaganda and feels personally attacked when these certainties are attacked’.

Agitation, manipulative and sociological propaganda reinforces the proton-pseudos by way of affirming its grip on the person held captive by it.

Consequently, ‘ironically, the man or woman who has been successfully subjected to a vigorous propaganda will declare that all new ideas are propaganda.’

This comes back to Freud’s story of Emma.  The proton-pseudos sees oppression where there is none. It confuses a past event with current circumstances, magnifying fear and stopping Emma from distinguishing fiction from real thing. Emma’s negative self-belief affects her interpretation of the intentions of the people who surrounded her in the shop. There may have been good reasons for her to be suspicious and feel uncomfortable, but Emma’s consciousness was governed by a lie based on past abuse; the proton-pseudos which she believes and projects onto others, despite her current context clearly saying otherwise.

Ellul and Freud don’t just give us legitimate reasons for a constructive self-critique, they provide a diagnosis for the current malady affecting the socio-political make-up of Western Civilization.

There’s no doubt that Nazism is evil, but like Freud’s story of Emma, context matters.

As Dennis Prager recently said, “fighting Nazis in World War two makes you a hero. Fighting Nazis today, in the United States, doesn’t”. Why? Because today’s Nazis are largely phantoms created by the Left. Imagined into existence, but based on an historical event, in order to promote fear, take control and justify an inability (or worse, lack of desire) to engage in reasoned debate. The proton-pseudos provoked by propagandist slogans permits all sorts of viciousness and violence against their political opponents.

Take as examples the propagandists perpetuating the proton-pseudos. They create an oppressor, where one doesn’t exist, with terms such as, toxic masculinity, heteronormativity, cultural appropriation, white privilege, islamophobia, Jesus was a socialist, homophobia and mansplaining, unborn babies are a bunch of cells/a parasite, all men are dogs, and all white people are racist, et.al.

All of these and others, as asinine as “love is love”, are designed to incite ‘conditioned reflexes’ (Elull). To ensnare, trap and control the argument through an appeal of the social consciousness of the West which has long embraced the truth of love your neighbor as you love yourself, and long since rejected the evils of racism/fascism.

Ellul and Freud share a strong relevance to the current practice in psychology called cognitive behavioral therapy (CBT). The practice of identifying the proton-pseudos, of replacing lies with truth.

They join with Paul of Tarsus in challenging us to discern between the lies we’re told, the lies we tell ourselves and the truth.

For the Christian, and those who heed Paul’s instruction, this will mean wholeheartedly owning the theological truth that ‘the weapons of our warfare are not of the flesh but have divine power to destroy strongholds; destroying arguments and every lofty opinion raised against the knowledge of God, and take every thought captive to obey Christ.’ (2 Corinthians 10:4-5, ESV)

Beware the auctioneers: outsmart the propagandists. Challenge the proton-pseudos both without and from within. Be a factivist, a liberator, one who see the lies for what they are and where they originate, and then replaces them with the truth.

As Paul teaches: ‘don’t be conformed to the world, but be transformed by the renewing of the mind’ , not the emptying of it. (Romans 12:2)

Photo by Scott Rodgerson on Unsplash

One thought on “The original error of Leftism: Proton-Pseudos, Hysteria, Propagandists & Imaginary Oppression”