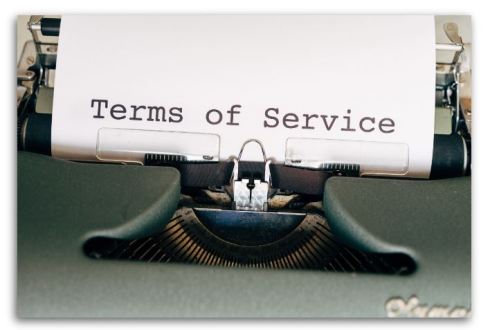 “Conversion therapy” hasn’t been practiced for decades, yet it’s a front-line concern for LGBT groups.

With how irrelevant anti-conversion therapy laws are, the implication is that the LGBTQAAI+ religion is seeking to outlaw anyone from leaving the LGBT lifestyle.

It’s highly probable then, that these laws are a Trojan horse for even more laws.

Laws that would consider it a criminal offence for anyone to help a person move beyond a lifestyle that encourages people to centre their entire identity on PRIDE, sameness, segregation, sexual preference, and sometimes a clearly discernible misogyny or misandry.

As Caldron Pool’s editor, Ben Davis pointed out earlier this week, ‘the ultimate push is to prohibit parents, pastors and religious leaders from calling people to repentance from “sexual immorality” as defined by the Bible. In their view, moral judgments, particularly as they relate to sexuality, should now be determined and imposed by the State, not God.’

These new cultural laws appear to lock individuals into a way of life, by locking other people out.

If so, it’s misleading to defend these laws as truly inclusive, liberating or even empowering.

With its negative implications for freedom of speech, freedom of conscience, and freedom of religion, anti-“conversion laws” are potentially as oppressive for the LGBT community as they are for the 97% heterosexual majority.

According to The Australian Christian Lobby’s legal analysis of the latest bill proposed for ACT:

1. ‘A parent counselling their male 5-year-old child that he is a boy, when he wants to be a girl, could be subject to criminal proceedings.

2. A faith-based school that teaches there are two genders could end up before the Human Rights Commission.

3. A pastor who teaches a Biblical view of sexuality could face the same fate.’ [i]

This isn’t an exaggeration of the LGBTQAII+ lobbyists’ position.

In February, Switzerland ‘voted in favour of new laws that would make “homophobia” a criminal offense punishable by fines and up to three years imprisonment.’

It’s the same all across the West.

Under the “Pride” movement’s corrosive hegemonic power, laws are being pushed through parliaments which will legally force society to lie to children about their own biology, as well as who their biological parents and siblings are.

The surreptitious nature of these laws is also established by how they exclude transgender conversion “therapy”.

Since “conversion therapy” has been established as harmful. Shouldn’t anti-conversion therapy laws include a ban on LGBTQAAI+ lobby groups encouraging children to irreversibly mutilate their bodies with surgery and chemicals, without parental guidance, and accountability?

It would be rightly considered child abuse if society, groups or individuals affirmed a teenager’s self-harm, negative self-image and/or eating disorder.

Yet, here groups are actively pushing arbitrary laws which lock individuals into a belief, identity, pattern of behaviour and lifestyle.

Outlawing outdated, non-existent practices in a contemporary context is a pretext for laws that will cancel anyone not in agreement with the ideology behind them.

Ten years ago Melanie Phillips documented this well, ‘in Britain, left-wing totalitarianism wears the pained smile of “good conscience” as it sends in the police to enforce “hate crime” laws, drags children from their grandparents to place them for adoption with gay couples, or sacks a Christian nurse for offering to pray for her patient.’ (2010, p.253)

Utopianism demands total allegiance. State terror cannot solve the problems of a society that has detached itself from objective morality. The consequential soul crushing void cannot be answered by inherently flawed ideological movements, that parade themselves as political messiahs.

As Phillips wrote, ‘from the Committee of Public Safety to Iran’s morals police, from Stalin’s purges of dissidents to British and American “hate crime” laws, utopians instigate coercive or tyrannical regimes to save the world by ridding it of its perceived corruption.’ (2010, p.257)

Unnecessary, arbitrary anti-“conversion laws” open the door for anti-discrimination laws to transition from being a shield into being a weapon.

Ambiguous, subjective, whim of the moment laws, are the lifeblood of tyranny.

Governments should be cautious, if not entirely free from legislating arbitrary laws that will ultimately punish free citizens from refusing to align with Leftist, LGBT ideology, or punish people for apostatising from the LGBT religion.

Photo by Markus Winkler on Unsplash