aRt and tHeOlOgY: ‘To Our Wounds Only God’s Wounds Can Speak’

I recently had the privilege of writing a sermon based on John 20. Part of the exegesis (which basically means ‘reason enabled worship’ – Rev. Dr. Stephen Spence, paraphrased) led me to this poem written in 1919 by Free Church Pastor (i.e.: not Lutheran, Catholic or Anglican) Edward Shillito (1872-1948):

If we have never sought, we seek Thee now;
Thine eyes burn through the dark, our only stars;
We must have sight of thorn-pricks on Thy brow,
We must have Thee, O Jesus of the Scars.

The heavens frighten us; they are too calm;
In all the universe we have no place.
Our wounds are hurting us; where is the balm?
Lord Jesus, by Thy Scars, we claim Thy grace.

If, when the doors are shut, Thou drawest near,
Only reveal those hands, that side of Thine;
We know to-day what wounds are, have no fear,
Show us Thy Scars, we know the countersign.

The other gods were strong; but Thou wast weak;
They rode, but Thou didst stumble to a throne;
But to our wounds only God’s wounds can speak,
And not a god has wounds, but Thou alone.

Christian scholar D.A Carson is fond of this poem featuring it two times on separate occasions, once in his commentary on John and once in his 2010 work, ‘The God who is there’.  Carson boldly states that Shillito’s poem ‘deserves wide circulation’ (2010:162), and  I couldn’t agree more with his assessment.

A quick Google, or Yahoo search uncovers the numerous blogs that have already highlighted the significance of this poem. So in some respects you would be justified for suggesting to me, that posting Edward Shillito’s little 94 year old poem seems desperate, tired and overdone.

However, it is difficult to escape the unique subtly hidden within Shillito’s words. The historical backdrop of Shillito’s poem is World War One – a devastating and senseless war which proudly rode on the back of progressive theory –  a time when humanity was stunned by the false dawn of the ‘Bella époque’, mesmerized by Art Nouveau and stunted by it’s obsession with self, sophistication and social status.

In context the gravity of Shillito’s words looms like a thousand thunder heads approaching children who are far from home, happy and yet ignorant of the danger which rapidly approaches them. Once matched with some paintings and drawings from Dutch Artist Rembrandt Van Rijn, the existential reality which ‘Jesus of the scars’ promotes, appears as an ominous warning, generously whispered to humanity from 20th Century history which says  – never forget, remember ‘we were once, as you are now – and we are now as you may one day be’.

These faint impressions seem morbid and dark, but I assure you that they only reflect the theological assessments that pertain to our current reality. For example: as the centenary celebrations of key historical events that occurred in Shillito’s time begin, we are reminded of the ‘nothing’ which enslaves, corrupts and seeks to devour humanity under it’s many benevolent disguises. It is perhaps no better illustrated than last years 100th anniversary of the sinking of the Titanic.

Hence, ‘Jesus of the scars’ reaches beyond just being designated a stale reposting. Like Shillito Rembrandt illuminates on the presence and reality of Christ in human suffering and the promise of gracious guidance into ‘newness of life’ – If we listen closely enough we may just catch what it was that Don Carson heard when he first encountered it.

Watts states that ‘despite all his personal anguish, misfortune and struggles, Rembrandt never lost his ability to see beyond appearances and into another world’ (2009:13). 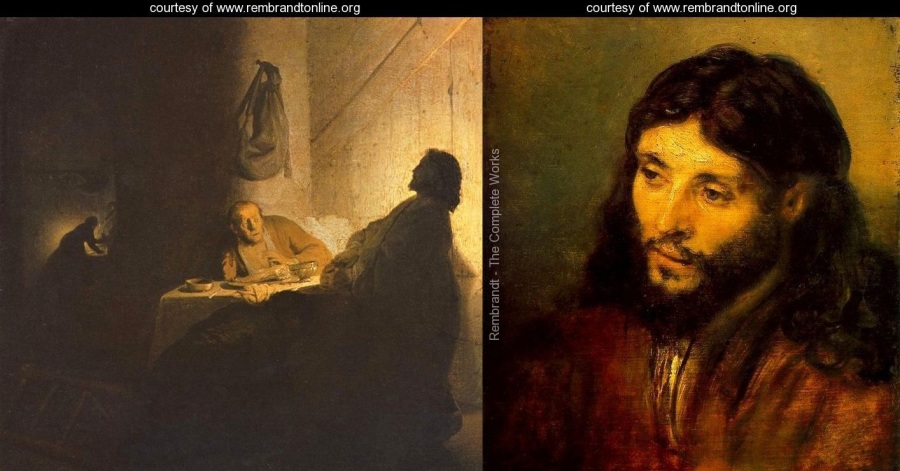 For me, Shillito and Rembrandt highlight important chapters in the history of the Church. Shillito is regarded as a minor poet, yet his war time sonnet is far reaching. ‘Jesus of the scars’ viewed as an expression of raw emotion, faith and reason, reflects a submissive and grateful response which places the relevance of Jesus the Christ at the front and centre of the human struggle.