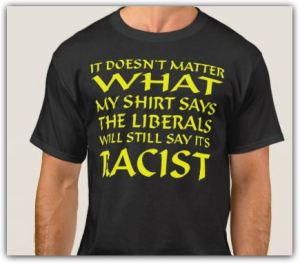 It always surprises me that people tend to only take from what I write, the things they most want to hear. Both for good and for bad. I could write a sentence, draw a picture, create a song or write a poem, and no matter how simple, it would be taken the wrong way.

So let me clarify:

Voting “no” to Same-Sex marriage was never about imposing “Christian law”, to say otherwise is to misrepresent the facts. Voting “no” to SSM was about bringing truth, some semblance of balance back to politics and preserving what is good about our society for future generations.

If the people don’t take an interest in governments, governments will govern outside the interests of the people. It is in all our interest to preserve classical liberal freedoms, to keep science free from ideological prisons, to keep the rule of law as it exists in its basic form, influenced by the moral revolution that saw Western Civilization rise from its solid foundation in Judeo-Christianity.

This basic form exists as 1. Habeas corpus – the right to justice, a fair trial. One that limits the power of the court, king and community. 2. The vote – the right to have your voice heard and participate in the sociopolitics of the day. 3. Private property – the right to earn, create, and serve others without hinderance or threat.

Today’s generation has the responsibility to use the freedom they are given responsibly.

Confusing children about their gender, rejecting biological fact, endorsing forms of misogyny and misandry among many other things, is an evil that must be rejected and stood up against.

Evil being the sexual corruption of the young to serve the sexual desires of those older than them. Evil being the turning of man against woman, and woman against man, through fear, suspicion, hate, indoctrination and idolatry. Evil being the false doctrine that says the State is my god, parent and lover, my sole provider, my owner, and therefore my master and lord.

For me and many others this loving “no” includes acknowledging the Lordship of Christ; truth, life before any others. It’s about living out our gratitude for what we have been given. It’s about refusing to allow all aberrations of freedom, justice and love.

It’s about saying no in a loving way, so that good – as defined by God in His revelation to us – will be held in distinction from all that threatens it. Therefore, our “no” is a “yes” to freedom, not a denial of it.

This is far from imposing a christian law or a theocracy. It’s about upholding classical liberal principles against a cult of modern liberalism, its lust for power and all that it demands.

To Everything There Is a Season: Deifying Our Neighbour Isn’t One of Them