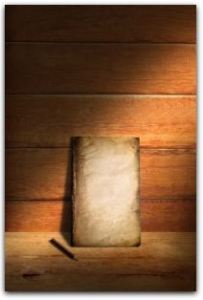 Karl Barth postulated that we must always reckon with the existence of teachers of the Church who exist, but are not presently evident or realised.

Packaged into the latter part of Volume 1.2 of his Church Dogmatics is an intense discourse with neo-protestant and Roman Catholic perspectives on Church authority, biblical exegesis, Revelation and reformation.

Within those pages Barth draws up a critique of the liberal neo-protestant trends (‘excesses’[i]) which included the hero-worship[ii] of the reformers Luther and Calvin, a complete “jettisoning” of tradition by rejecting the church fathers (pre-reformation) as irrelevant and the absolutism of the bible which pushed the view that “Christianity can only be constructed out of the bible alone.” (Barth referencing Gottfried Menken) [iii]

This was a practice, evident in modern Biblicism, which seemingly allowed 19th century neo-protestant theologians to assert a “new” authority. Therefore, allowing them the ability to assert themselves over the bible, as if they were masters of the text[iv].

In line with his overarching theme – Barth is advocating a ‘hearing and receiving of the Word of God’, in situ as the recollection and anticipation of its witness to the Revelation of God.For Barth, ‘we are the children of God and must walk as such’.

So far in this discussion I have found a man, a theologian and a Pastor not just looking for balance in the quest to fight back to a ‘unity of confession’[vi] in the church, but also arguing a strong case for it.

Evidence of this is found in Barth’s words from page 616:

A teacher of the Church is the one who in exposition of Holy Scripture has something to say which comes home to us. Many of those whom we no longer hear today will never be heard again. But there are others who, although they are not heard today, will one day be heard.What remains of their authority is in the first instance a memory: the neutral memory of a great name, bound up with facts, relationships, and reactions to them which is also neutral.Their authority is suspended, as it were. It would be a very arbitrary undertaking to try artificially to reassert them.

If they come to life again in the power of Holy Scripture which they are concerned to expound, Scripture itself will see to their authority.We have to reckon with this possibility. We cannot, therefore, ignore such recollections of former authority which have now become neutral. Their hour might suddenly come.Those who are silent might speak again, as according to the confession of the Church they once spoke to their age. The facts and circumstances in relation to which their names and reactions and word were once significant may suddenly return – for there is nothing new under the sun – and the decision which they demand may again be a relevant one.

We have perhaps overlooked something if this has not already happened.

In the modern period the Reformers themselves were for a long time only latent teachers of the Church. And it is to the Church’s good that it has not ceased to give them its attention. (Karl Barth, CD.1.2, 1938)

This is something made more significant by the “gathering storm” surrounding the era in which he wrote it.

Given certain divisive issues within Christian thought and practice in society and politics today, I read this as an encouragement to listen and receive. Not blindly hearing or receiving. Not without question or caution, but with gratitude, decision, appreciation, prayer, critique and respect.

“Those who are silent might speak again and the decision which they demand may again be a relevant one. We have perhaps overlooked something if this has not already happened” (ibid, p.616:1938).

‘For as the rain and snow come down and water the earth making it bring forth life, so shall my word be that goes out from my mouth; it shall not return to me empty, but it shall accomplish that which I purpose, and shall succeed in the thing for which I sent it.’ (Isaiah 55:10-11, ESV)