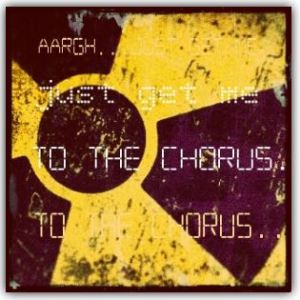 With over 2000+ years of thought, action and in some cases really good ideas, that simply just crashed and burned, Christian history is rich and vibrant. If we ignore this history and the theological enquiry attached to it, we turn our backs on faith, heritage and hard lessons learnt along the way.

‘I believe in order to understand’  (St. Augustine, & Anselm of Canterbury)

Unfortunately, we live in a ‘Just get me to the chorus’ era:

‘’Give me the theological truth – but if it doesn’t fit in a MEME that I can like, share or wave passive aggressively at my not-yet-Christian friends on Facebook, I don’t want to know about it’’.

Don’t get me wrong. Minus their manipulative passive aggressive abuse, I think MEMEs, are overall, useful. They provide a form of art-therapy for adults. Plus, the simplicity of a meme can be inspiring, and the art that goes with it can be soothing. Memes have a place.

This isn’t a beat up of that genre.

Like it or not. Christians should be interested in theology, because every Christian is in some way or another, called to have a thinking faith. As Stanley Grenz put it: ‘theology is called forth by faith’ (Theology for the community of God, 1994, p.9)

In truth, engaging with difficult reading isn’t easy, but doing so does us good.

We are shaped by the challenge and its outcome. This could be likened to carefully navigating our way up a mountain, stopping to enjoy the view, then employing the same caution on our way back down.

If we sense that the subject matter is ‘’beyond us’’, it’s more than likely a manifestation of our impatience, which seeks to impale us on the stake of ignorance. [Insert Jesus’ words about – Doves, wisdom, snakes, wolves, and sheep (Mt.10:16).]

This apathy towards learning wounds us, not just individually, but collectively,  because ‘theology is done in community’ (Grenz, 1994 p.9).

In his ‘Aids to Reflection’, poet, Samuel Taylor Coleridge stated:

‘An unreflecting Christian walks in twilight among snares and pitfalls!…because he will not kindle the torch which his Father had given into his hands, as a mean of prevention, and lest he should pray too late.’

Likewise American author, Nathaniel Hawthorne, protested the circumventing of this imperative. In his 1843 work ‘The celestial railroad’, Hawthorne reworks Bunyan’s pilgrim’s progress. The result is an attempt to tackle the dangers associated with taking short-cuts in a faith that seeks understanding.

In a brief exposition of Hawthorne’s Celestial Railroad, Jean Elshtain pointed out that

‘counter to Reformed orthodox doctrine, some 19th Century theologians suggested that there were short cuts to heaven[…]We live in a time of shortcuts […] We want to pave the way as easy as we can’.  This is evidenced by ‘social media which promises a painless way to get community, human identity and democracy’[…] ‘where techno-cyber consumerism makes it easy to have hatefulness confirmed rather than challenged.’

Elshtain goes on to suggest that this is indicative of Hawthorne’s theological critique of society:

‘Hawthorne’s work presents the promises of ease and convenience which are made by the antagonist, ‘’Mr. Smooth it away’’ as a stark contrast to the striving difficulty of ‘’Christian’’ on Bunyan’s road’.

On the surface this could be translated as progressive versus conservative, and it wouldn’t be a complete stretch. This is because they bridge between Hawthorne’s tale and current sociopolitical realities of a technological society.

We can draw a contrast between a pilgrim’s progress and the journey undertaken by progressive pilgrims. There is a difference between the progress of pilgrims and pilgrims who call themselves progressive.The former is a dynamic, ‘pilgrim people’ (Karl Barth CD.IV.4:40), critically processing ideology through theological enquiry. The latter are a passive people, who have already surrendered their theology to ideology, and doing their best to justify their surrender.

The distinction between a pilgrim’s progress and that of a progressive pilgrim, is fleshed out by Elshtain further:

‘The old image of a pilgrim carrying their sins on their back  is made superfluous. This is seen in Hawthorne’s narrative critique, when people were told that there is a super hot railway that would get them there quick, without all the messy stuff about sin, remorse, penance, meaningful membership and so on’ (2013).

Like the sheep and the goats (Matthew 25:31-46), the pilgrim and the progressive pilgrim are heading the same direction. However, as in Hawthorne’s narrative, not only do they travel different paths, tragically, upon arrival, the progressive pilgrim finds that their destination is in complete contrast to that of their neighbour’s. They find out that you cannot just rock up to heaven and demand to be let in (see Matthew 7:21 and John 14:6).

‘’The passengers being all comfortably seated, we now rattled away merrily, accomplishing a greater distance in ten minutes than Christian probably trudged over in a day. It was laughable, while we glanced along, as it were, at the tail of a thunderbolt, to observe two dusty foot travellers in the old pilgrim guise, with cockle shell and staff, their mystic rolls of parchment in their hands and their intolerable burdens on their backs. The preposterous obstinacy of these honest people in persisting to groan and stumble along the difficult pathway rather than take advantage of modern improvements, excited great mirth among our wiser brotherhood. We greeted the two pilgrims with many pleasant gibes and a roar of laughter; whereupon they gazed at us with such woeful and absurdly compassionate visages that our merriment grew tenfold”.

Pilgrims who entered through the Wicket Gate are mocked, taunted and physically assaulted by their ”wiser brothers and sisters”.

This also finds traction in Christian history with what is called the ‘downgrade (downhill slope) controversy’. This was when English Baptist Pastor, Charles Spurgeon, choose to resign from the Baptist Union in 1887 (Iain Murray ‘The Forgotten Spurgeon’, 1966:161). He issued a reasoned response against the new phenomena of altar calls, liberal protestant emotionalism and an excessive focus on personal experience. Spurgeon’s refusal was met with all forms of opposition, and yet remained steadfast:

Perhaps there is relevance here for the Church today? In 1889, Spurgeon wrote:

‘Fellowship with known and vital error is participation in sin…should truth be sold to keep up a wider fellowship? The day will come when those who think that they can repair a house, which has no foundations, will see the wisdom of quitting it altogether. All along we have seen that to come out from association with questionable doctrines is the only possible solution of a difficulty which, however it may be denied, is not to be trifled with by those who are conscious of its terrible reality’…it might be more satisfactory to take the whole house down, and reconstruct it.

‘’in some cases, it is all too plainly apparent [that] men are willing to forego the old for the sake of the new. But commonly it is found in theology, that that which is true is not new, and that which is new is not true.” (‘The Sword and the Trowel’, March 1887)

Let us remember where, what and who our lives are aligned to serve. God can still speak out of the chaos in a whirlwind (Job 38:1 & 40:6). If He chooses too, we would do well to listen, understand and gratefully obey. Instead of opting for the empty progressive promises of Mr.Smooth-it-away, and Hawthorne’s ‘Celestial train’, may we have the courage to persevere and make progress as Bunyan’s Christian did.

Murray, I. 1966 The Forgotten Spurgeon Banner of Truth Trust USA