The Calls for an Indigenous Australian Voice in Parliament Are Vague, Confusing & Thankless 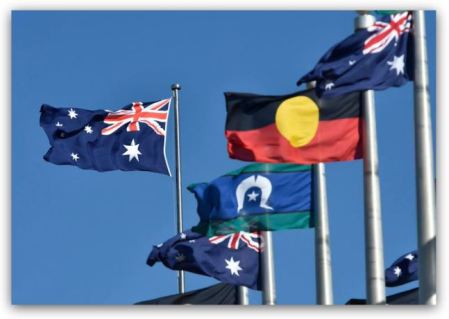 Activists trying to rally Australians around the idea of Indigenous Australian representation in Parliament have tied their argument in knots. Their message is vague, and their reliance on the simplistic slogan, “Indigenous voice” provides little clarity about what direction they’re advocating Australians take.

As a result the push for an “Indigenous voice” has been interpreted as a one of two things: a) call for another advisory group, or b) a call for an entirely new governing body. [i]

The latter can only be interpreted as a push for a ‘third branch of Government’, and the former, as a push to return to a system like the failed Aboriginal and Torres Strait Islander Commission (ATSIC) advisory committee established in 1989. If the former, why isn’t the new advisory group, National Indigenous Australians Agency (NIAA) good enough?

Why? Perception drives demand. General elections aren’t seen as doing enough. It’s assumed that the collective vote of Indigenous Australians is so small, that an Indigenous Australian “voice” in how Australia is governed is rarely, if ever, heard. The inclusive constitutional democratic vote made by ALL Australians of voting age, is seen to only serve the non-Indigenous Australian majority, thus the assumed necessity for a specific ethnic advisory committee such as NACC, NAC and ATSIC.

In 2005, ATSIC was discontinued by both the LNP and Labor because of corruption. ATSIC was no longer functional or practical when it came to providing Indigenous Australians with the most effective help.

Criticisms of ATSIC, not connected to corruption, suggest that activist calls for an “Indigenous voice” are in fact more than just calls for another advisory group.

Before ATSIC’s demise, it was attacked  from within the Indigenous community, for not having enough authority. The perception was that ‘advice fell on deaf ears’; that ATSIC ‘produced a white bureaucracy because it couldn’t employ its own staff’, it was over-regulated, ‘not properly representative’, and didn’t have enough women on the board. [iii]

This rebounds against some criticisms from now ex-Liberal M.P. Christopher Pyne, who in 2003, called ATSIC a ‘gravy train’.

Pyne argued that ‘a lack of accountability has turned ATSIC into a bureaucratic, inefficient organization that squanders taxpayer funds…By failing to confront ATSIC’s problems, advocates of indigenous interests have reinforced the talkback-radio caricature of Aborigines as rorters of the system. If Aboriginal interests are to be advanced, ATSIC cannot continue to escape scrutiny. While the ATSIC gravy train rolls on, ordinary Aborigines continue to suffer.’ [iv]

It’s an enormous credit to every Australian that our Indigenous neighbours already have a voice like this in our community.

We as a nation already share the responsibility of giving above and beyond to those vulnerable in our community. This includes giving Indigenous Australians the tools needed for them to liberate and launch themselves from Government dependency into self-sufficiency.

So why are there calls for an ‘Indigenous voice’ when it’s obvious Indigenous Australians have one?

The naysayers who spread the toxin of white guilt and white privilege want more. They prefer we sign on to a Marx-esk revision of history, redefining history with terms like “first nations” instead of tribes, all in order to bolster their attacks on Australia Day, in support of the dubious term “invasion day”.

To the naysayers, we as a nation aren’t carrying our fair share of responsibility for our Indigenous neighbours. To them Indigenous recognition doesn’t go far enough, even though Indigenous Australians have the highest (and only ethnic) representation on the national calendar, and as an ethnic group now have their own ministerial department.

The naysayers forget that individual responsibility trumps government programs. It’s true that we may need to reform these programs, but we don’t need more of them.

We certainly don’t need a new third tier of the federal government; one where membership is solely based on ethnicity, tribe, dialect, melanin, blood and soil, and not on merit or election via the constitutional democracy process that gives a voice to all Australians.

As said the great ANZAC, General John Monash, who went to India, in a clear refusal to not entertain those trying to get him to head a Communist-inspired coup in Australia during the 1930’s:

”…Depend upon it, the only hope for Australia is the ballot box, and an educated electorate.” (Roland Perry, Monash. 2004:509.)

Indigenous Australians have recognition. They are already an integral part of the Australian voice and cultural identity.

Beware of those who say otherwise.

[i] Bennett, S. & Pratt, A. Current Issues Brief no. 4 2004-2005: The End of ATSIC and the future administration of Indigenous affairs, Parliament of Australia.

[iii] This seems to have been confirmed by The ABC, in an article from Thalia Anthony called “Learning from ATSIC” (2010).

Thalia pointed out that since the disbanding of ATSIC, ‘lobbyists for Indigenous representation at a national level have been drawing up blue prints for a national Indigenous body. At the fore has been the proposal by the Australian Human Rights Commission for a National Congress of Australia’s First Peoples in Our future in our hands. The Commission’s proposal consists of a National Congress, which constitutes 128 delegates from across Australia. Some delegates will be appointed based on merit and other will be elected from Indigenous organizations. The Congress will then elect a National Executive of six part-time members and two full-time Chairs, with a requirement of 50 per cent female representation. In addition, an Ethics Council of senior Indigenous peoples to oversee the work of the National Congress.’