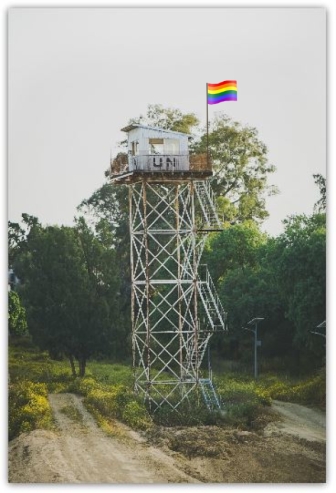 Ahmed Shaheed, lecturer and volunteer adviser to the U.N., is advocating that religions conform to an eventual universal, “progressive” law. In his latest report for the U.N, the religious freedom advocate provides an argument for a blueprint, which will outlaw any theological critique or practice, unless it has first been approved, or established by LGBTQAAI+ activists, radical feminists & academics who advocate from a Leftist worldview.

Steve Warren from CBN news rightly noted that recent ‘Report of the Special Rapporteur on freedom of religion or belief’ (available as a Word Document here), makes no distinction between who and what religion Shaheed’s volunteered prescriptions pertains to. Instead Shaheed appears to have subsumed all religions into one category of hate, bigotry and discrimination.

Shaheed accuses all governments of failing to stop discrimination against women, and those who identify as LGBTQAAI+, stating:

‘Governments in all regions of the world have also failed to uphold their obligation to protect people from gender-based violence and discrimination perpetrated against them by private individuals or entities claiming a religious justification for their actions and to sanction the perpetrators of such acts. Gender-based violence and discrimination is being perpetuated both in the public sphere and by and within religious communities and entities.’

The report’s findings and prescriptions were based on ‘information gathered directly from survivors of human rights violations from over 42 countries.’ Participants ‘also included members of several United Nations agencies including UN AIDS, UNFPA, UNWOMEN, and the WHO.’

‘Female Genital Mutilation, marital rape, early and forced marriage and polygamy; [and] noted the increasing use of religion or belief to deny reproductive health and sexual rights; criminalize protected conduct and deny the equal personhood of LGBT+ persons; or to undermine the right to freedom of religion or belief to women, girls and LGBT+ persons.’

Examples acknowledged progress, but specifically included countries such as Saudi Arabia where women ‘continue to face systematic discrimination in law and in practice in several areas and are inadequately protected against gender-based violence.’

Shaheed also stated that in Israel, ‘Denominational family law, to which there is no civil alternative, permits divorce only with the consent of the husband, which reportedly can coerce women to forfeit property or custody of children.’

In addition, the report cited Tunisia, first saying that

‘although it stands out in the Middle East and North Africa (MENA) region for many of its  protections for the human rights of women and girls, the Personal Status Code of 1956, rooted in an interpretation of Islam, requires further amendment to guarantee gender equality in inheritance rights.’

Other nations and regions mentioned were South and South-East Asia, citing Sir Lanka’s Muslim Marriage and Divorce Act ‘which, unlike national legal provisions for non-Muslim women, does not identify a minimum age requirement or require a woman to consent to marriage; leaving Muslim women and girls unprotected by national provisions.’

This is in addition to some ‘counter-extremism’ measures from South and South-East Asia where some states have ‘targeted women from Muslim minority communities with rape, forced sterilization, and forced abortion.’

Iran got its own paragraph. Shaheed’s volunteered advice raised concerns about ‘laws inspired by religious beliefs’ such as the Iranian regime’s ‘compulsory veil legislation and the reported arrest, enforced disappearance, and arbitrary detention of women’s human rights defenders who protested against it.’

In the same way, the report described concerns about limitations put on Muslim women (no region or country was referenced) regarding wearing ‘headscarves, or full-face veils – in their efforts to combat gender-based discrimination, but without sufficient attention to the self-understanding and agency of women.’

As is to be expected, pro-life advocates were high on Shaheed’s hit list. Following the general abuse of language regarding abortion, Shaheed, rebelled this section: ‘State restrictions on access to sexual and reproductive rights.’ He then cited partial and total bans on abortion in some Latin American countries, claiming that ‘discriminatory religious edicts inform laws and policies that restrict sexual and reproductive rights’. His justification for this claim is that some ‘women and girls can be prosecuted for miscarrying their pregnancies, and limited access to abortion has in some cases, caused serious suffering.’

As for LGBTQAAI+ discrimination, Shaheed pointed again at South and South-East Asia, and Sub-Saharian African regions, stating that many have ‘justified’ the maintenance of the country’s legal prohibition of homosexuality on the grounds that it upholds the tenets of Islam or Christianity.‘ He argued that civil laws in these regions are ‘contributing to violence and discrimination against LGBT+ persons’.

Shaheed then addressed adultery laws, noting that in

‘countries where Islamic law governs personal laws, adultery is severely punished and may even result in a sentence of death by stoning. The sanctions are generally imposed on the women rather than the men. Additionally, sexual assault and rape often go unreported because women fear they will be charged with adultery; and there may be impunity for marital rape.’

Poland copped it too, with Shaheed labeling opposition to identity politics, gender wars, and LGBTQAAI+ ideology as ‘pseudoscience’; saying that protecting ‘heterosexual norms’ was discriminatory and doing violence to ‘LGBTQAAI+ persons’. He claims that ‘well coordinated groups are misusing freedom of religion or belief across continents and in the media – to counter human rights in the name of religion or belief.’ Calling anyone who ‘espoused that a gender ideology is harmful to children, families, tradition and religion’ an active participant in perpetuating “injustice”.

The report did distinguish between beliefs and interpretations of those beliefs. Shaheed gave special praise to (Leftist) activists in religious communities, for showing that ‘not necessarily all members of a religious community held to [“oppressive beliefs” based on interpretations of religion].’ He inferred that this was the correct way to use freedom of religion, and it’s for these people alone, that religion of freedom should be protected.

In sum, citing specific examples and allegations from within the Middle East, African, Poland, Israel, Saudi Arabia, Latin America, Tunisia, South and South-East Asia, Shaheed is claiming that all religions are doing violence to women, girls and people who identify as LGBTQAAI+. As such, he seems to be advocating a “need” for religion to be brought into line with the “glorious benevolence” of what could be rightly termed the religion of Leftism. Shaheed’s suggestions present a strange irony, given that he is a well-known, advocate for freedom of religion, freedom of conscience and of belief.

Given that Islamism makes up the majority of areas where Shaheed’s concerns rest, by subsuming all religions into one melting pot of discrimination and violence, out of what seems to be a fear of discriminating against Muslims, Shaheed is doing unfair violence to Christians and Jews. He, among all people should know that playing the ‘they’re all just as bad as each other’ card is dismissively childish and in some parts lazy. It buttresses ignorance of, and encourages an increasingly prejudice against Christianity, and all traditionally free societies built on Biblical Christian foundations.

Shaheed (and potentially the U.N as a whole) is saying that those who choose to provide a loving “no” to transgenderism, or refuse to embrace the LGBT flag, and its ideology; alongside Christian pro-life advocates in Western nations are to be equated with Islamists beheading infidels, murdering their wives in honour killings, taking child brides, and throwing homosexuals from rooftops.

Thus the lack of definition and distinction regarding specific religious, judicial and theological contexts raises red flags. It’s ludicrous to brand Christians as extremists simply for holding to the view that marriage is between a man and a woman, or that there are only two genders.

Where we can agree with Shaheed is that ‘traditional, historical, religious or cultural attitudes must not be used to justify violation of human rights’. I’m all for this. But again, let’s define our terms of reasoning, and examine the context before making broad recommendations that could give rise to the U.N equivalent of the Gestapo, and Soviet gulags.

The Christian theological understanding of the world, agrees at this point with Shaheed. The Biblical witness testifies that sin pervades human existence, kills relationships, hinders God’s providential fatherly Lordship at work in the world, and affects male and female genders, nations, and ethnicities equally.

Abuses and abuse does occur, not just in the name of religion, but name of ideological paradigms – all man-made systems of salvation and condemnation, both civil and ecclesial. Borrowing Karl Barth’s terminology, these ‘towers of Babel’ should be challenged, because God challenges them. The most obvious example of this is in His remedy for sin, via a reckoning and forgiveness of sin, through Jesus Christ.

Where we should depart from Shaheed is his politically motivated generalizations. This is evident in his broad use of religion, and his push to protect freedom of religion or belief, only for those who fit neatly within a universally approved ideological paradigm (Leftism).

His only issue with Christianity appears to be pro-life advocates, and Christians who uphold both binary gender, and the equality of the physiological, biological union, which sees man free woman, and woman free for man.

In sum, Shaheed’s recommendations resemble a receipt for re-education camps. His definition of ‘human rights defenders’ might be better translated ‘social justice warriors’ or Leftists; and his call to protect them, seems to be advocating freedom from religion, not freedom of religion.

Worth noting: it’s strange Shaheed has overlooked Communist countries. The report doesn’t mention Communist Chinese persecution of the Muslim minority Uyghurs and Christians. It makes no mention of Christians suffering in droves at the hands Islamists in Nigeria, Asia, The Middle East, or the African Continent; and he makes no mention of oppression in Vietnam, North Korea, or even Russia.

As for people characterizing others as “immoral actors”, Shaheed may want to look in his own “progressive” backyard first, and observe the caricatures of Christians made en masse by radical feminist and LGBTQAAI+ activists, his so-called ‘human rights defenders’. To quote Warren, ‘mainstream Christianity doesn’t call for violence or discrimination against anyone, even though some opponents of orthodox Christian belief have tried to characterize it that way.’