Bari Weiss’ Resignation Shows that The Left is Frankenstein, & Cancel Culture is their monster 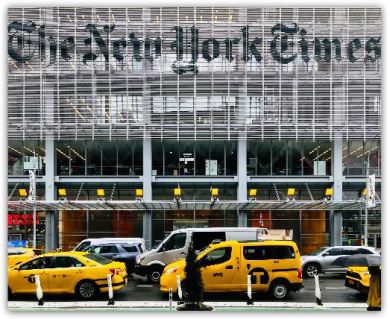 Weiss’ resignation last week raised eyebrows, ruffled feathers, and furthered speculation about the existence of an internal war being waged between the traditional Left and radical Leftists within modern liberalism.

What has been emerging from a series of high-profile defections and protests over the past decade, is evidence of an unstable hegemonic power purging itself of the rational in order to exalt the radical.

Wiess’s protest exit adds to a growing list of intellectuals walking away from Leftism and its corrosive “convert, pay a tax or else” culture. The late Roger Scruton was exiled for not towing the party line, as was ex-Guardian journalist, Melanie Phillips. The rise of black conservatives, disingenuously called Uncle Toms by Leftists, also find themselves in a similar social position. Add to this the growing number of professionals calling out Apocalyptic Climate Change.

All of which is reminiscent of Jean-Paul Sartre’s disdain (and that of his French Communist intellectual clique) for Albert Camus’ critique of the Soviet Union, epitomized in Camus’, 1950 book ‘The Rebel.’ Cancelling people, they don’t like, or who disagree with them is what the radical left does.

Just as Sartre disowned Camus for questioning the new normal, for being applauded by the Right, and ‘refusing to call himself a Marxist’, Weiss has found herself in her own clash with ‘upstarts of the revolutionary spirit, nouveau riche and Pharisees of justice.’ (Camus)

They made no mention of Weiss’ allegations about being called a “Nazi and a racist” by staff members. No real surprise. Many on the Left genuinely believe those who aren’t ideologically aligned or marked on the forehead in exactly the same way are Nazis’ and racists. It’s also the manipulative fallback for any Leftist not willing to engage in an intelligent debate, or the thought process in an honest way, generally.

As if to prove my point, the NYT gave special attention to Weiss’ comments on Twitter. Specifically, those made about “staff unrest” over James Bennett deciding to run the now infamous opinion piece from Senator Tom Cotton ‘calling for military response’ to extremists hijacking civil protests in response to the killing of George Floyd.

The Left’s response to Wiess has been somewhat more of a laugh it off, arrogant “meh”. They’re both dismissive and indifferent. Despite the restrained tone, the NYT couldn’t hide its contempt for her. They may as well have just said: “Weiss was never really one of us, so don’t take anything she has to say seriously.”

Odd, since Weiss is Jewish, a (lower case) liberal, and is staunchly anti-Trump.

Set the smug NYT piece alongside Wiess’ resignation letter, and it’s pretty clear why the Leftist activists in the NYT, who self-identify as journalists, are happy for her to move on. It’s better for the brand. There’s no effort required in having to remove her, nor defend against the very Nazified image of the New York Times “canceling” a Jewish woman’s livelihood because she wasn’t welcome within the culture, or didn’t fit its ideological mold.

In true intersectional inquisition fashion, The Guardian published a bizarre academic rant mocking Weiss. Her allegations were discounted and the author declined to call her a victim of ‘illiberal liberalism.’ According to the Guardian, the culprit wasn’t Leftism, it was “right wingers”. The piece strongly insinuated that Weiss was a ‘professionally cancelled pundit; a genre of primarily center-right contrarian who makes their living by deliberately provoking outrage online.’

The reaction from the Left solidifies Weiss’ her overall claim about experiencing hostility in the workplace simply for having, and voicing a different opinion. The fact the Guardian so easily discounted her accusations, and that NYT seemed happy enough to see the back of someone who thinks for themselves, instead of following herd thinking, speaks volumes.

In line with Weiss’ resignation, Andrew Sullivan, former editor of The New Republic, resigned from the New York Magazine saying the reasons were “self-evident”.

Sullivan’s support of Weiss seems to have triggered his own departure from a Mainstream media organization dominated by the Leftist cult of modern liberalism.

“Mainstream Media seems to believe, that any writer not actively committed to critical theory in questions of race, gender, sexual orientation, and gender identity is actively, physically harming co-workers merely by existing in the same virtual space. Actually attacking, and even mocking, critical theory’s ideas and methods, as I have done continually in this space, is therefore out of sync with the values of Vox Media.’

Despite Weiss and Sullivan being staunchly anti-Trump. Weiss won huge support from Conservatives.

Donald Trump Jnr responded to the news on Twitter saying: “NYT editor Bari Weiss resigns in STUNNING fashion & exposes the Times’ rampant attacks on anyone who breaks from the far-left narrative.”

Rita Panahi tweeted: “Bari Weiss isn’t a conservative, far from it, and they still made her life unbearable because she challenged aspects of Leftist orthodoxy. The modern Left is ruled by its fanatics & poses the greatest threat to free expression.”

“What an indictment of the NY Times. Rational leftie Bari Weiss driven out by the “illiberal environment” governed by trends on Twitter and workplace “bullying.” Appalling what Weiss endured. Kudos to her integrity.”

Weiss is another reminder that radicals on the Left are taking a form of theocracy; superiority. Where to be “sinless” is to be a Leftist.

I agree with Weiss. The Left has a serious problem.

Those who’ve pandered to the new normal, fanning the flames of cancel culture, shouldn’t wonder at why it’s so pervasive.  They are Frankenstein, and cancel culture is their monster. Literati on the Left shouldn’t be one bit surprised that they cannot control it, nor that they are finding themselves being cancelled by it.

Here, Hannah Arendt’s ‘revolutions devour’ its own, joins Karl Barth’s analysis of revolution: ‘far more than the conservative, the revolutionary is overcome of evil, because with his or her “No” they stand so strangely near to God. This is the tragedy of revolution. Evil is not the true answer to evil… Order and not disorder is the meaning of Divine revolt. The real revolt comes from God, not human revolution.’ (The Epistle to the Romans, XIII)

For Weiss there’s also the impossible-to-overstate irony of her signing an open letter that boldly claims Donald Trump ‘is a powerful ally of illiberalism’; that he’s a ‘threat to democracy,’ yet says nothing about the “illiberal” Leftist dominated Mainstream Media, and it’s repression of ‘the free exchange of information and ideas.’

Which is odd, since Donald Trump supports Classical Liberal freedoms, and is himself hounded by the Mainstream Media, Big Tech and American liberal elites. Some who have openly voiced how much they themselves want to cancel him, if not his Presidency.

Weiss’ resignation is a protest against the increasingly fascist Leftist hegemony. Her negative experiences provide the perfect reason for a Trump 2020 win. They also give reasons for why The Daily Wire, PragerU, and Caldron Pool (among others) are essential grass roots media service providers.

Photo by Marco Lenti on Unsplash