Without Jesus Christ & The Christian Message of Peace, Anzac Day Is Lost 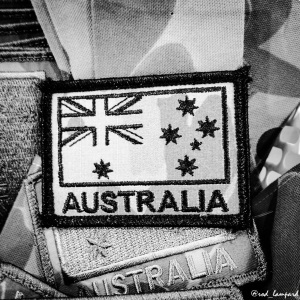 Anzac Day comes with a caveat.

Absent of any understanding about what causes war and the case for just-peace. Absent of the moral restraints of the message about Christ’s act and command to love God and love one another as we love and care for ourselves, Anzac day becomes a celebration of chaos, not life; a day of hero-worship, not sincere remembrance and gratitude.

We surely remember the sacrifice of our ancestors, but with it we remember God’s summons to hear the importance of His commandments that empower us to stand against the continuing brutality of war. It’s because God comes to humanity that this word can be received as true word. A word we did not speak ourselves. A word that we’re encouraged to test and try out, because God is not insecure about who He is or anxious about what He has planned.

Traditionally, on this day Australia and New Zealand commemorate, not war, or the sins of it, but engrave, through Christian prayer, a deep gratitude and remembrance, of and for, the freedom and life given by those who sacrificed their lives to give it.

But, Anzac day comes with a caveat.

If we jettison Jesus Christ from Anzac day, our remembrance spirals into the worship of chaos, hatred of our enemies and as it deteriorates into the empty worship of our ancestors. Without the Prince of Peace and those He represents, Anzac day has no real message of peace or hope, only war, the hype and devastation of it.

This is exemplified by the words of Anti-Nazi German theologian, Dietrich Bonhoeffer, who in 1932 preached to a solemn gathering of Germans,

‘when the church observes Memorial Day, it must have something special to say. It cannot be one voice in the chorus of others who loudly raise the cry of mourning for the lost sons of the nation across the land, and by such cries of mourning call us to new deeds and great courage. It cannot, like the ancient singers of great heroic deeds, wander about and sing the song of praise of battle and the death of the heroes to the listening ears of enthralled young people. On this day the church stands here so strangely without ceremony, so little proud, so little heroic. The Church is like the seer of ancient times who when all are gathered… is wholeheartedly present but suffers because he sees something that others do not see and must speak of what he sees, although no one wants to hear it…the one who loves most is the one who sees deepest, sees the greatest danger. A seer has never been popular. That is why the church will also not be popular, least of all on days like this.’[i]

Any real human victory begins in Him.

In no other way and by no other name can Anzac day be what it should be, a time and place when our hearts are directed, not towards human ideological constructs of peace, but towards the Prince of peace and therefore towards just-peace. Our memory and treatment of those who gave up their very lives for us is only enriched by this. Our mourning turns into hope, as we hear from chaplains, pastors and Christians, throughout both nations, at most remembrance services, we are asked to carry away with us the challenge of the message of just-peace.

‘Memorial day in the Church! What does it mean? It means holding up the one great hope from which we all live, the preaching of the kingdom of God. It means seeing that which is past, and which we remember today, with all its terrors and all its godlessness, and yet not being afraid, but hearing the preaching of peace […] Now pass on the message of peace, for the sake of which their death had to be, and preach it all the more loudly.’ [ii]

The one whose own broken body was laid in a tomb guarded and then, against, and to the shame of the chaos and all that stood in proud victory over Him, was resurrected from the dead.

Any real human victory begins in Him; all just-peace follows the Prince of peace who was judged become judge.

‘Where the power of darkness wants to overpower the light of God, there God triumphs and judges the darkness.’ [iii]

Any real peace follows from the one who is peace, not the one who through media, machine or human, only gives lip service to it. Or who through a mask of peace seeks through a will to dominate, only to expand a human empire.

The importance of Christian participation in Anzac Day is the reminder that peace comes to humanity from outside itself; from outside our ability to save ourselves. Through conviction, through just-justice, through covenant, through commandment the chaos is answered with purpose. It’s lifeless ‘mass, rebellion and tumult against true life is conquered, transformed as the One who ‘hovers over it speaks [and because He does, decisively acts].’[iv]

Jesus the Christ doesn’t seem to be. He is, was and will be.

That is our starting place and EVERY Anzac day what was once their march, but is now ours, must begin and end here.

For as Bonhoeffer noted:

‘wherever the word of Christ is truly spoken, the world sense that it is either ruinous madness or ruinous truth, which endangers it’s very life. Where peace is really spoken, war must rage twice as hard, for it senses that it is about to be driven out. Christ intends to be its death […] Memorial Day in the church means knowing that Christ alone wins the victory! Amen.’ [v]