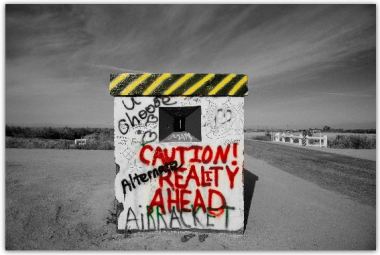 Yesterday’s election saw Australians choose freedom and individual responsibility, over surrendering their country to globalist bureaucrats and their inherent totalitarianism.

Against all mainstream media predictions which had handed the Labor/Green opposition the 2019 election, the discerning voter – Morrison’s “quiet Australians” – made their voice heard.

In many ways the outcome of the election, illustrates that Leftists within in the leftwing media are not reporting properly or honestly.

They have a narrative and expect people to fall in line with it. This is the way we want you to vote, so “vote as we tell you to vote, or else.”

Caldron Pool contributor, Dr. Ashraf Selah, was spot on when he quipped,

“This was not even close to being a swing voter’s election. This is a clear message that leaders shouldn’t be overly smug with virtue signalling and identity politics. Australians don’t want to be worse off for the sake of feel-good but do-no-good policies.”

Both Selah and Panahi don’t fit the identity box that Labor and The Greens use in exploiting the victims, or sin of racism, ethnic and religious prejudice, for political gain. Labor’s policies were militant, aggressive, divisive and un-Australian.

Panahi is right. This election result was a rejection of manipulative propaganda, a collective “nein!”, spoken in defiance against fascism and Marxism, in both its blatant and subtle forms.

With the media scoring through the debris and as the debriefing takes place over the coming weeks. Let it be remembered that Leftists have a narrative that they want you to believe. It’s constructed to sway opinion towards a collective goal that will, in the words of Roger Scruton, ‘always end in totalitarian control.’

Globalism is the new imperialism and at the centre of it sits an un-elected bureaucratic caste whose self-interest has no room for our best interests.

Bill Shorten’s concession speech, we “did all we could”, selling every Leftist progressive policy and the kitchen sink with it, acknowledges this point.

Under this auctioneering, the anything goes, and everything goes recklessness of Labor and The Green’s would have been a back breaking burden on the Australian people.

That is why this election was about freedom. If Labor and The Greens had won, based on the current lineup and their policing policies, the burden of their current ideological platform, would have been an astronomically heavy yoke on the Australian people.

If Bill Shorten’s belligerent rhetoric, his call to “fight on” is carried through without any genuine soul searching from Labor and The Greens, then we can expect much of the same Marxist rhetoric, division and catastrophic recklessness, which promises utopia, though a continuous revolution where one group is placed against the next and the never the two shall meet.

The perpetual class war in order to achieve the Dictatorship of the Proletariat, as translated by Labor and The Greens, would include laws of segregation based on the toxicity of intersectionality theory.

This would include excluding Christians and Christianity from public life. Under “hate speech” laws arbitrarily defined by Globalists and implemented by Labor and The Greens, freedom and individual responsibility would be a thing of the past.

The ideology of intersectionality feeds identity politics. It is a politics of division and displacement; a policing of arbitrarily determined privilege that measures the worth of a person by gender, skin colour, heritage, income, religion and sexual preference.

Australians have avoided falling into servitude to the crushing ideology of Globalist imperialism and the Leftist cult of modern liberalism, but the discerning citizen shouldn’t grow complacent. This may only be three year reprieve from a gathering storm determined to crush everything in its path.

Remember Israel Folau. Remember Roger Scruton. Never forget what internationally funded, militant Leftist group Getup!’s war on Tony Abbott. Remember those who have already been publicly castigated. The election outcome was not a truce. It will do either embolden those determined to separate Australians into enemy and ally, oppressed and oppressor, or it will expose the misery behind their masquerade.

Let’s hope and pray that Morrison is a real answer to this, and not just a placebo applied to a nation suffering from wounds inflicted by its would-be overlords, who, post-election, may not be inclined to hearing the voice of the people, or become “woke” enough to humbly acknowledge the destructiveness of their policies.

The pattern of behavior exhibited since Hillary Clinton lost the 2016 election suggests that the Left, dominated by the radical Marxist agenda of Leftists, will be too busy laying blame on everyone who disagrees with them or didn’t fall in and march to battle in their culture war, as demanded the mainstream Leftist propaganda machine.

The defiant voice of the discerning voter; Morrison’s “quiet Australians” must stay vigilant, avoid complacency, and not let the great collective sigh of relief sweeping Australia today, lull them into a false sense of security.

Photo by Donald Giannatti on Unsplash

One thought on “The Defiant Voice of the Discerning Voter: Scott Morrison’s LNP Shock Win, & What Must Happen Next”