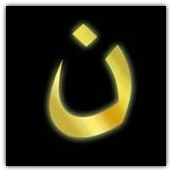 In a recent blog post Eitan Chitayat presented some high powered dialogue, choosing as his conversation partners those who (unwittingly?) position themselves as reactionary activists. Most of whom are from social media.

Despite the unfortunate, but forgivable title given to the article, the overall point rightly made by Chitayat is clear.

His words make up a necessary “no” to a protest filled with thoughtlessness and blind rage. (Both characteristics of any chaos fuelled lynch mob.)

if any of my friends are going to post anti-Israel messages in a time where over 500 Palestinians have tragically died in this current conflict yet you remained silent while almost 200,000 Arabs were murdered by Arabs these past few years;

if you only have criticism for the State of Israel that is doing EVERYTHING in its power to avoid civilian losses to Palestinians during a war;

if you’re going to do nothing but sit wherever you’re sitting and just dish out your anti-Israel dirt while rockets are being aimed at my house, family and friends as our boys are fighting to protect us – and you’re going to dish it out simply because we’re living in this land and you haven’t got a clue as to our connection to it;

if you’re going to join the anti-semitic and anti-Israel demonstrations flaring up in the world like we’re seeing in France, Turkey, Berlin, most Arab states and even in the US that have nothing to do with this conflict but are really just expressions of hatred directed at Jews and Israelis (and these expressions will be directed at the host countries soon);

if you’re going to stay quiet and just accept, then go ahead and unfriend me from Facebook now because you’re probably no friend of mine.’[i]

As I suggested in my own blogpost, written the same day Chitayat posted his article:

‘With small amounts of fact and/or information these glass houses become the launching pad for mobile projectiles of shame and exclusion. (We might need to also add ridicule.)

This is an ‘activism’ that measures efficiency by likes, shares and/or followers. Reflecting the fact that ‘thoughtless approval’ can be translated into hard currency by selling the side of story that is the easiest to sell (i.e.: the most believable or assumed to be most likely – potentially anything that continues to feed into the pipeline of hype)’[ii]

With the global community still trying to balance technological freedoms with responsibilities, it might be worth noting the words of Jean Bethke Elstain who, citing Hannah Arendt, highlighted the ‘strange interdependence of thoughtlessness and evil’.

According to Elshtain, identifying the ‘banality of evil disarms the seductive nature and hype surrounding evil’. What might also be applicable here is the imperative found in the New Testament letter of  1 John 4: ‘do not believe every spirit, but test the spirits to see whether they are from God,…by this we know the Spirit of Truth and the spirit of error’ (ESV –  additionally, we might want to consider how fitting the practice of ‘Due Diligence’ is in this context).

Here we find ourselves reminded to keep a keen eye on context, details, and careful comment. This way we can defuse antagonism and walk through the confusion, towards healthy contributions that not only seek to speak truth but also listen. Resulting in informed conclusions actually worth sharing and/or liking.

If we aim for this, we aim to move responsibly, in a loving way, towards the place where we can play a part in denying ‘evil any form of representation that it might be seeking.’[iii]

The conclusion then is this: the Christian must not fail to hear and act, on what Dietrich Bonhoeffer , Edith Stein and those like them understood clearly:

‘(Judeo-) Christian hope does not permit a politically sterile withdrawal.’[iv]

[ii] “Truth & Balance Vs. The Side of The Story That Sells Best”

[iv] Markus,R.A. 1981 Saeculum: History and Society in the Theology of St Augustine in Augustine and the limits of Politics, Bethke, E.B. 1995 University of Notre Dame Press

Image:”In Mosul homes are marked with the letter “Nun” (ن), the Arabic equivalent of our “N” and the abbreviation for Nasara, or “Nazarenes”: what they call Christians in a gesture of contempt to make them seem like outsiders in their own land….”(Source: http://www.patheos.com/…/muslims-marking-christian…/)

2 thoughts on “R.A. Markus: ‘Christian Hope Does Not Permit a Politically Sterile Withdrawal.’”